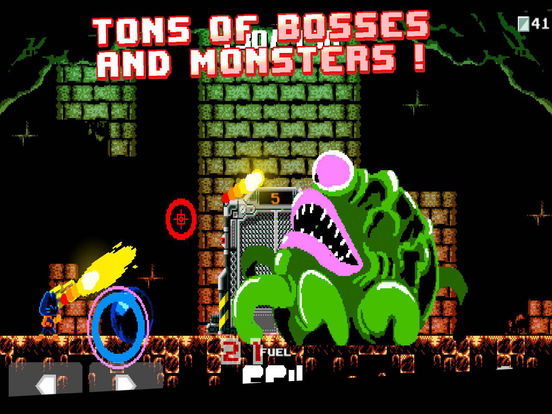 The year is 20XX. Earth has been decimated by a hostile alien force, and humanity has been forced to live underground. The source of the alien threat has been found near the Earth’s core. It’s been right under their noses this whole time! As an elite ranger, it’s finally time to drive the alien forces out of Earth. Guns of Mercy is a retro-inspired arcade shooter. Take out the alien forces using a variety of weapons. Upgrade your guns with gold and take the fight to the core with the help of our Guns of Mercy cheats, tips and tricks strategy guide!

1. Take out the purple slugs first!

When you get to around floor 3+, you’ll start to see these purple slugs spawn. Unlike the rest of the enemies you’ve seen up to that point, these guys spawn on the floor and slowly crawl towards you. If you don’t take them out fast enough you’ll be slug food! Even worse – these guys tend to spawn in pairs so the second you see them you need to focus fire on them before you can worry about anything else.

Before you sink any gold into a new gun, buy the bullet upgrades first. These upgrades will improve your damage, accuracy, and fire rate. As you descend towards the Earth’s core, the same aliens you’ve been seeing will get tougher with more health, faster movement speed, and more attacks. You’ll need the baseline gun upgrades to deal with them efficiently.

3. Get the gold upgrades!

There are two upgrade pertaining to gold. One of them increases the chance of enemies dropping the big gold, while the other increases the amount of gold you find in the treasure boxes. After you have some weapon upgrades, you should buy these next. These upgrades will help you gather up much more gold, and you’re going to need a LOT of gold.

We then recommend saving up for the Bomber. The Bomber is a grenade launcher that can kill multiple enemies with a single explosion. It handles just like the regular Buster, so in a lot of ways it’s just a straight upgrade. The Bomber is absolutely perfect for the waves of those small fly-like aliens that come in a straight line. Launch a grenade at one of them and you are guaranteed to take out at least two other aliens.

5. Watch out for the spiked aliens!

You shouldn’t really have any problem surviving early on as only the purple slugs are a threat. Once you get to floor 6, you’ll encounter these bat spikes. They will fly in from the sides and when they get close to you drop down in an attempt to impale you with their spikes.

Be careful around these guys, as they will try to intercept you. By that we mean that once you get close enough they will actually fly down in front you to try to cut you off. You can use this to your advantage though by baiting a swoop, then backing up and shooting them.

7. Get the Magnet upgrade!

You’ll notice something annoying early on – the gold drops disappear VERY quickly. You will usually be forced to leave a couple gold behind because you just don’t move fast enough to gather it all. This is why you need to upgrade the magnet upgrade as much as possible. Your magnet power is passive so the higher level it is, the further away it can pull things towards you. You’ll need to upgrade it a lot before it becomes noticeable, so don’t freak out right away if it doesn’t seem like it’s doing anything.

That’s all for Guns of Mercy! If you have any other tips or tricks to share, let us know in the comments below!