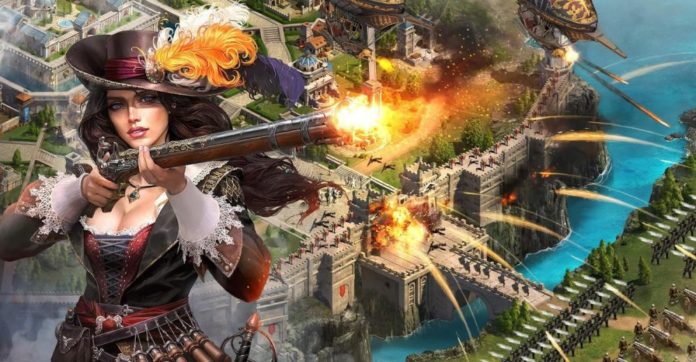 Guns of Glory is a really nice base building strategy game for Android- and iOS-powered devices. Although it doesn’t really bring anything new to the genre, it offers a nice alternative universe to play in, some beautiful graphics and highly addictive mechanics. And we’re here to help make the experience even better by sharing a bunch of Guns of Glory cheats and tips with players worldwide.

It’s true that if you played any base management game before, then you already know most of the stuff there is to be known about this game. But in case you didn’t or you just want to make sure that you don’t miss anything important, check out our Guns of Glory tips and tricks below.

1. Focus on completing the missions
Missions are extremely important, especially early on in the game as they get the base set up for the future. I always recommend players to follow the missions and progress through them as fast as possible.

Early on, you can hurry production of most buildings and you should do so because the more buildings you have and more upgrades for them, the better your start will be. Also keep an eye on the epic quests for epic rewards! 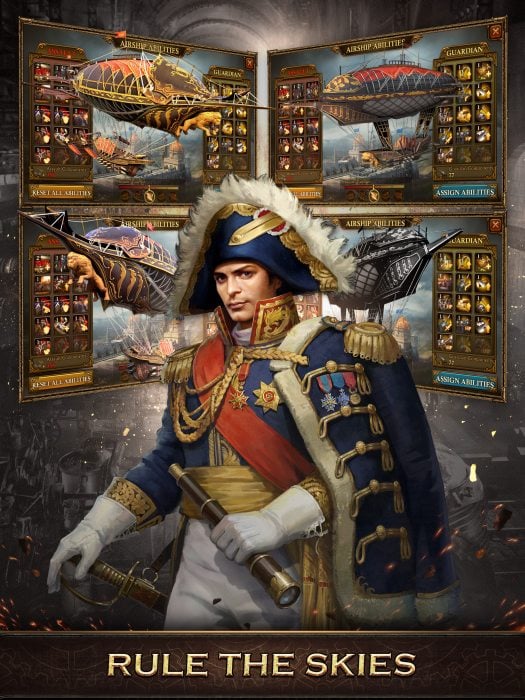 2. Join an alliance ASAP
Being part of an alliance – and an active one, that is – is vital in the game. So join one as soon as possible in order to enjoy all the benefits that come out of this. Being part of an active alliance is what makes or breaks this game, so don’t hesitate to do some searching before finding the right one for you.

As part of an alliance, your game will be a lot easier and you will find a ton of extra ways to build a better empire.

3. Spend your Talent Points Wisely
As you level up and complete various tasks, you earn Talent Points. These offer great benefits and help improve your game a lot, but you should be very careful when spending them: not only that the amount of Talent Points that you’re getting as you play is limited, but also resetting them costs a lot of money, so it isn’t really worth it.

There are three Talent categories that you can invest in: War, Economy and Balance. Personally, for most cases, I would recommend players to stay away from the Economy upgrades because these offer boosts that can be made up for through attacks and regular play.

On the other hand, the War and Balance upgrades offer a ton of goodies and advantages in battle, both in defense and offense of your troops, marching speed upgrades, battles against Beasts, loot carried and so on. 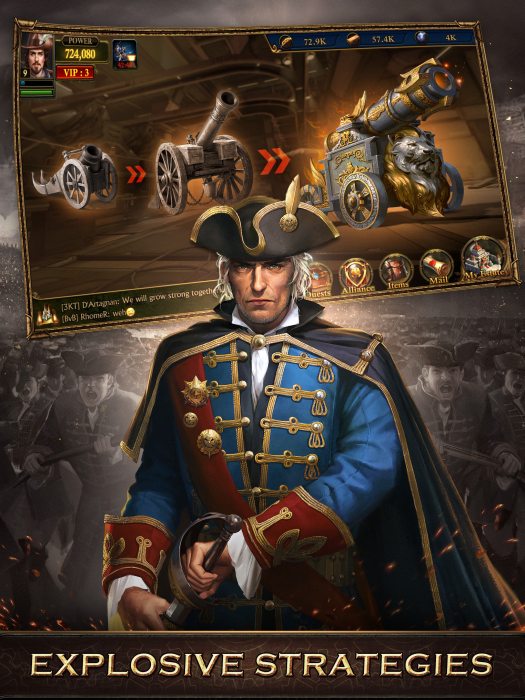 These are extremely useful and I would personally start with spending 6-10 points in the Balance early on in the game, then switch to War and make my choices based on the type of game I’ll play.

4. Conquer the world!
Instead of waiting for your base to produce resources, it’s easier (and a lot more fun) to simply go out there and take it. You can attack other players in the game, but that is a risk on most cases as it will usually mean that retaliation will happen – and if they’re part of a strong, active alliance, you could get hit a lot.

But you can still attack neutral regions on the map and take tons of rewards and goodies. You can attack beasts (make sure you choose their level carefully), or farm nearby resource tiles. This will give you huge boosts and benefits in the long term and it is the best way to play the game.

Be careful not to spread your army too thin when occupying these areas: it’s better to have fewer, better defended ones, than a ton of them that will be easily taken over by other players.

Finally, finding farming targets is a good idea: this means finding lower level or inactive players that you can attack constantly for easy wins and nice resource gains. It takes some time and luck, but once you find such a target, it can prove to be a really lucrative strategy to keep attacking them. 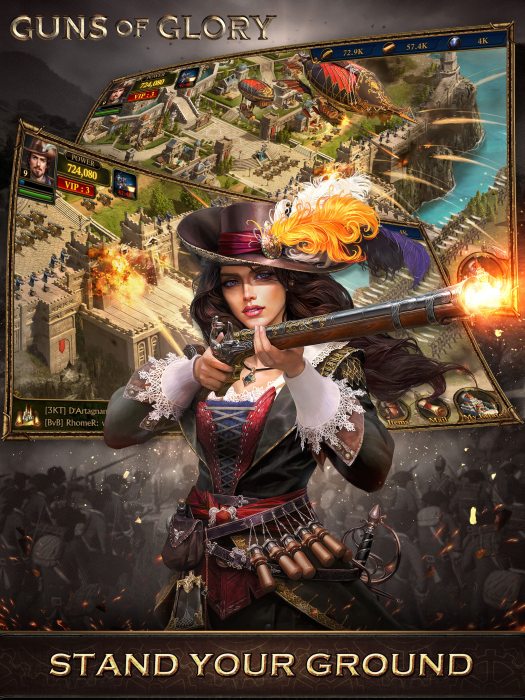 5. Collect the free goodies
There are tons of free goodies that you can earn in Guns of Glory, just make sure that you actually collect them. Log in daily, complete missions and check your mail every day and you will soon have a ton of items ready to be put to good use.

Make sure you do so and don’t waste the items you have! Also keep an eye on the building in front of the castle gate to collect free items constantly.

6. Always work on building upgrades & researching
Keeping everything in your kingdom fully upgraded is the only thing you should aim for. It’s a pretty easy routine you will have to get into: upgrade your castle, then bring every other structure in your empire to the maximum level. Rinse and repeat and you’ll become one of the best players in the game.

7. Max out your troops
Make sure that you always have the military tents full and your troops leveled up, ready for battle. You should also ensure diversity when it comes to troops as each type of troop comes with various pros and cons.

If you, for some reason, manage to train more troops than you can feed, you can dismiss them. But only do this as a temporary thing, until you get enough food in order to support a full army, otherwise you won’t get too far.

8. Your Airship Dock
Your Airship Dock and your Airship give you great bonuses in combat and you should also focus on Enhancing it in order to get the most in battle. This is basically your Hero or Leader and there are a ton of goodies that you can unlock for it, like artifacts and abilities. Make sure that you constantly check it out and apply all abilities that you have, then enhance it to get even more from it.

These would be our tips and tricks for Guns of Glory. If you have additional advice or strategies for fellow players, don’t hesitate to share them with us all in the comment section below.