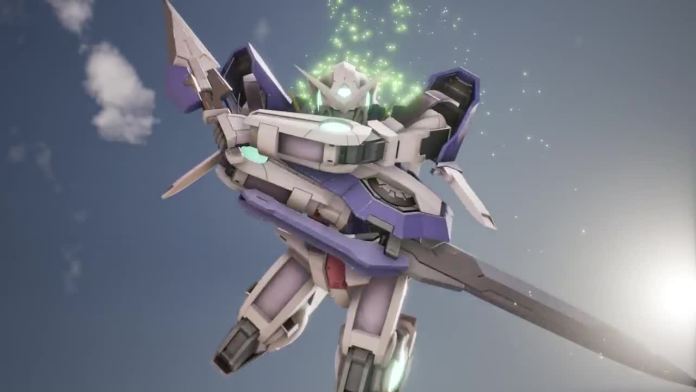 Gundam Evolution is an incredibly addictive FPS created by BANDAI NAMCO. The game is a free-to-play title with several exciting modes. In each of them, two teams of 6 people will fight each other using different mechs. And in this guide, we will tell you about Ranked Match and the list of all Ranks in Gundam Evolution.

Gundam Evolution has several exciting game modes with different tasks. And, of course, like other similar games, in Gundam Evolution you can play Ranked Matches. The better you play, the higher your Rank will be. And your opponents will be matched according to your Rank. But it is worth noting that you will be able to take part in such matches only after reaching player level 20 or purchasing the Premium Season Pass.

In Gundam Evolution, the season lasts two months. And during this time, you can try to fill the highest Rank. At the end of the season, you will receive various rewards by your Rank, but after that, it will reset.

If you want to increase your Rank, you will need to learn how to play all game modes, namely Point Capture, Domination, and Destruction. In Ranked Matches, these modes will randomly change each time. And we do not advise you to leave matches, since Gundam Evolution has a penalty system for leaving a match early. Such players may lose their Rank or even receive a temporary ban.

There are 7 Ranks in total in the game. The first five have tiers from 1 to 5. And the last 2 Ranks do not have a tier, because they are very difficult to achieve. And below we will talk about each of them in more detail.

This is the starting Rank in which all newcomers to Gundam Evolution find themselves. By playing often, you can get to Tier 5 fairly quickly. What’s more, most players at this Rank are still learning how to fight with the Mech.

This is the Rank in which you will face already stronger players. Most of them are skilled at playing their favorite Mechs. But you can also meet new players who have just moved from the Bronze Rank.

Gold Rank players are very skilled. During battles, they try to use all the weaknesses and strengths of the Mech. At this Rank, pro skills are honed.

Having reached this Rank, you are considered a very strong player. The battles become incredibly difficult as each player can destroy you using your weaknesses. Even just holding a rank here is a difficult task.

These are by far the best players in Gundam Evolution. Such players have gone through many difficult battles. And to survive among them, you need to work together with your teammates.

Only the best of the best players reach this Rank. There are no Tiers at this Rank since you can increase the rating without restrictions. And that’s the way to become a monster in the game.

Only the 600 strongest players in the entire Gundam Evolution have this Rank. And it is almost impossible to achieve it. You need to become a monster to become one of the Newtype players.

That’s all you need to know about Ranked Matches in Gundam Evolution. Defeat strong opponents to raise your Rank and possibly even reach Newtype. And we hope this guide was helpful to you.