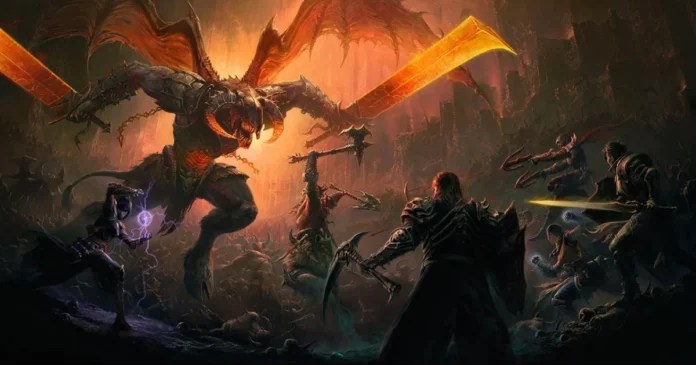 Diablo Immortal is an upcoming free-to-play video game in the Diablo series, designed for mobile devices. The massively multiplayer online action role-playing game takes place between the events of Diablo II and Diablo III. Developed by Blizzard Entertainment and NetEase, it was announced in late 2018 and is planned for release on Android and iOS in 2022.

Diablo Immortal is a free-to-play massively multiplayer online (MMO) action role-playing game (ARPG), designed for play on mobile devices, with no support planned for other platforms. It is an online-only game, requiring an internet connection during play. The game also features cross-save functionality, linking the player’s progress to their Battlenet account and allowing them to continue across multiple devices.

The game is still playable currently for players who pre-registered and there are a bunch of playable classes to do this with.

There are a total of 6 playable classes in Diablo Immortal:

The Barbarian is one of the iconic Diablo classes. First introduced in Diablo II, he is a bulky warrior with powerful melee attacks and savage fighting abilities. This class is known to have retained some of its skills from Diablo II and III, so if players have loved this class from the beginning, they will probably be in for a great time.

These are the skills we predict the Barbarian will have.

The Crusader might seem like a rather defensive class at the start, but that can be pretty misleading. He is quite proficient in terms of damage as well. The Crusader has got skills that can protect them as well as deal damage, such as Blessed Shield, the ability we’ve known from Diablo III. With this, the Crusader is able to deal AoE damage to enemies in an area.

These are the skills we predict the Crusader will have.

Demon Hunters are powerful and fearless and use a number of different strategies in order to obliterate demons. They are your cookie-cutter ranged archer class, but with the caveat of traps and shadow magic thrown in as well. That kind of devastating combination allows for many playstyles and unique skill combinations.

These are the skills we predict the Demon Hunter will have.

The Monk class is one of the few who can manipulate and destroy enemies with immense prowess and strength. Monks are able to use the power of the one thousand and one gods of Ivgorod, who take great pride in their belief, strength, and resolve. It’s an impressive feat, given their sheer force and energy-powered attacks.

These are the skills we predict the Monk will have.

The standard Mage class of RPG games, the Wizard wields a staff or a wand, casting powerful ranged spells. The Wizard can manipulate elements, burning, freezing, or electrocuting the enemies that lie ahead. A fun class with a high skill ceiling, the Wizard will keep players entertained for a long time to come.

These are the skills we predict the Wizard will have.

These are the abilities we feel Necromancer should have, we will keep you updated with more information as it shows up.

Guide to Classes and Abilities in Diablo Immortal