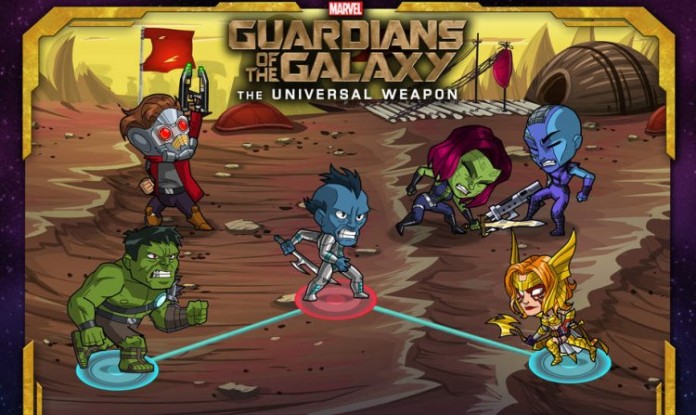 Marvel has decided to give us the chance to get into the shoes of our favorite characters from Guardians of the Galaxy, like Groot, Star-Lord, Rocket, Gamora and so on, and they are doing it with an absolute surprise of a game, Guardians of the Galaxy: The Universal Weapon. A title where there are no in-app purchases and with no required internet connection to be played? Thank you, Marvel!

But we are not here to praise the game! Instead, we are here to talk strategy and we’ll share with you a complete set of Guardians of the Galaxy: The Universal Weapon cheats and tips that will hopefully help you get the most out of Marvel’s latest title and get you all the way to the end. And since there are so many missions to master, let’s not waste a single moment and let’s check out below the Guardians of the Galaxy: The Universal Weapon tips and tricks!

1. Start each mission by setting up your team
And I don’t mean to choose them every time you start a new mission (although it might help if you can’t get past a mission – more on that later!), but I mean to set them up on the screen. I would suggest to keep the ranged character in the middle of the screen, with Groot nearby so that he can heal everybody quickly, while the tanks or melee units are to the sides, ready to take out the incoming enemies.

3. Be smart about the iSO-8
Each ISO-8 crystal has a different effect and therefore it’s best to be used with a specific character. Check out all the crystals, make sure that you know exactly what stats they improve and use them with the characters that need it the most. Don’t forget that if you have 4 ISO-8 crystals of the same type, they will give you an extra bonus!

4. Have in mind the character preferences
Different characters in the team work particularly better with some of the other characters, like Drax and Gamora, Groot and Rocket and so on. Make sure that you check out the skills of the characters and team them up so that you can use their power-ups combined for even more devastating effects.

5. Use all characters to level them up
Leveled up characters are better characters because they have better stats, so try to mix and match when you play so that all the characters that you have unlocked are of a decent level. This is good to know for those moments when you will need a specific character to easily complete a mission – and you don’t want him or her to be a powerless little guy or girl, right?

6. Try to control the chaos
Things can get pretty chaotic in the game and the characters seem a bit too large for the tight spaces, so try to fight off that chaos by keeping a safe distance between characters, so that you can easily select the one that you want, and give him or her the best instructions. Sometimes, you will find it difficult to target a specific enemy because they are close by, by this is the game and you have to learn to deal with these situations too.

7. Don’t let your characters die
If they do, even if you win the battle, they will not gain any experience, which is a waste of time. Try to keep them all safe, and if their health starts running low, move them away from the fight and have the healer work its magic on them.

8. Replay missions
The best way to gain extra XP points and level up your new team members is by replaying older missions. Make sure you grind on those missions as often as possible to remain competitive in the more difficult stages.

For now, these are our Guardians of the Galaxy: The Universal Weapon tips and tricks for you. If you have any additions to make, let us know by commenting below. 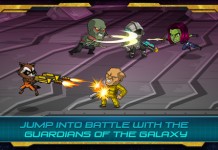 Guardians of the Galaxy: The Universal Weapon Discounted On The App Store