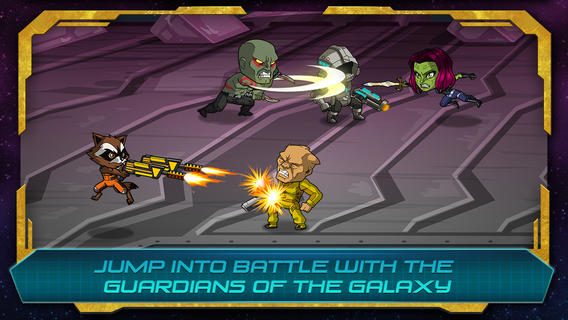 An unannounced movie tie-in game is soon going to be released on the App Store in all regions, as it’s been recently soft launched on the Malaysian App Store.

Together with the regular Battle Mode campaign, players will also be able to use their heroes in the Arena Mode. As characters can be customized thanks to some light RPG mechanics, there’s probably quite a bit of meat in this mode. Each character also comes with his or her own skill tree, so there’s actually quite a bit to see and learn during the game.

Guardians of the Galaxy: The Universal Weapon is going to be released for free when it launches in all regional App Stores. The game has yet to receive a release date, though, so make sure to stay tuned to learn it as soon as it’s announced.