Home Guides Guardian Tales: How to Get and Use the Future Princess 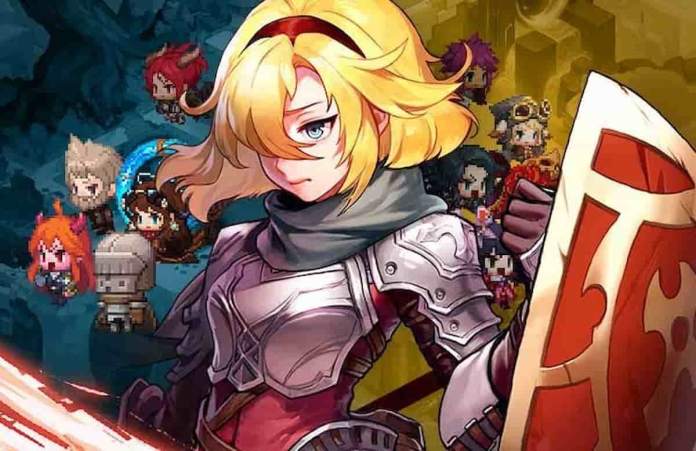 Guardian Tales has had a year filled with challenging puzzles. And the reactive battles within it and this adventurous experience with some retro action-adventures have revolutionized the game and made it a massive success in recent years.

RELATED – How to Get a White Box in Guardian Tales

If you are wondering how to get and use the Future Princess in Guardian Tales, then you’ve come to the right place! Here in this article, we will discuss the steps and much more in detail.

In the game Guardian Tales, Future Princess is one of the playable Light Heroes. She belongs to the Tanker class and wields a Shield and a Staff. She was Kanterbury’s little princess. After ten years, you’ll run into her on Heavenhold. The young princess who used to dash around Heavenhold had grown up.

Future Princess is the most recent hero character in Guardian Tales English Global, which debuted on November 17, 2020. She is a 3-star light element tank class character with abilities that protect the party and increase durability. She also has an exclusive weapon called Liberator, which increases damage while also providing healing.

How to Get the Future Princess

The Hero Summon can be used to summon this Guardian. In other words, Future Princess can be obtained from both the hero gacha and the mileage shop; x300 mileage tickets.

Also, if you are wondering how to get Liberator in Guardian Tales, then no worries! It’s pretty easy. Liberator is a Future Princess-only weapon that can be obtained from the equipment gacha and the mileage shop for x300 mileage tickets.

Here are some statistics which’ll be beneficial for beginners:

Dimension Breaker: Inflicts ranged damage with a staff or melee damage with both a staff and a shield equipped. For 5 seconds, Dimension Shield taunts nearby enemies and increases the Def of nearby Party members by 30%.

For 20 seconds, all party members are protected by a barrier that negates 3 hit(s) from enemies and restores 10% of their HP.

This one is only for Future Princesses. On a successful hit, it inflicts 30% DPS with a 30% chance and restores 2% HP to all Party members.

RELATED – How to Get Gems Fast in Guardian Tales

That’s the basics in a nutshell. Tell us what you think of the game, and if you haven’t played it, what are you waiting for? It’s free to play and easy to get into. Go ahead and give it a try, and if you are finding trouble, don’t hesitate to fall back to this How to Get and Use the Future Princess Guide for tips!

Guardian Tales: How to Get and Use the Future Princess