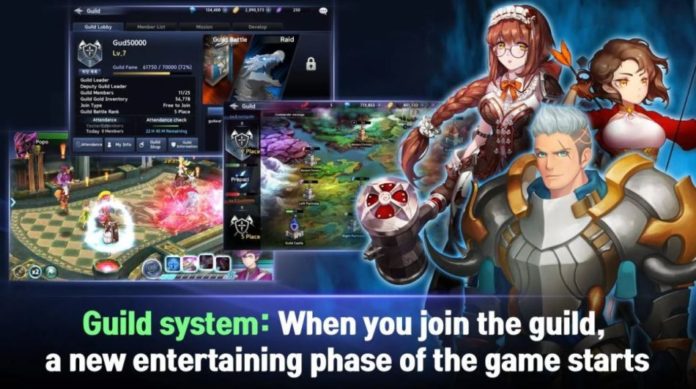 In today’s article we are going to cover all of the Guardian Knights tips and cheats to pass more stages and defeat the enemies easily, just like a proper knight!

If you are wondering about what to do in the game and how to go about upgrading your team and getting more powerful, look no further because we are going to share with you everything that we learned so far, so you will know how to defeat all opponents and how to gather more heroes!

So let’s not waste another moment and dive right into the Guardian Knights tips and tricks right here below!

One of the very first experiences you will have with the game as soon as you launch it will be on the battlefield. Well, that’s what mostly the game is about because it leans towards a classical RPG where you have turn based fights, so you kinda need to get used to battling.

I suggest that you start fighting and learning all the stuff that you need to know during battles, from the very basic stuff to the more advanced ones, so that you will know exactly when to do what.

Since the battles are turn based, always think about all the skills that your characters bring to the table, and try to attack the enemies in such a way so that you take them out. So firstly I would really advise you to read carefully the damage your characters inflict, learn which of the heroes are support, which are tanks and so on.

Learn what the heroes’ roles are and what skills they sport, and when you are about to cast some of the skills, carefully take into consideration the MP consumption because you really don’t want to use up all the mana on one skill and not be able to do anything afterwards.

Mind the turns: you can see which character is about to attack on the right side, so make sure that you pay attention to this order, because with that you can check which enemies to attack first (the next ones in turn I would suggest).

Very early on into the game you will do your very first summon, and that is the 10+1 summon. Since you are going to do this summon first, make sure that you also pay attention to the other summons which are available, and more specifically the free summons!

Every single day you will be able to summon for free once, one of every category: Guardian (hero), Weapon, Armor, Accessory and Rune. I would suggest that you log in daily just to do these summons if nothing else, because eventually you will summon some very good items!

One single Guardian summon will cost 300 Diamonds, but if you summon 10+1 you will pay 3000 Diamonds and basically get one for free! So if you can, I would definitely suggest that you save your Diamonds for this one.

Now as for the other summons (equipment and rune) they will cost 200 Diamonds per single summon, and 2000 Diamonds for 10+1 summons. So once you have acquired the heroes that you wanted, you can start saving for these!

My tip here: I would suggest that you first focus on summoning some good heroes, which will stick with you until the end game, and only afterwards you should focus on the Weapon, Armor, Accessory and Rune summons. Of course, do the daily free summons, but in my opinion it is not worth spending Diamonds on the gears until you have the heroes you want.

Collect your attendance rewards as soon as they are available

This Attendance Reward is something that you can find on the main interface of the game, in the right side of the screen (a calendar looking icon). There I really suggest that you claim the rewards as soon as they are available, because otherwise the timer will not go on.

So for example you are logging in to the game, collect the first reward but then you are waiting and waiting for the next one. Well, the next one will not start the countdown because you have not claimed the previous one!

Therefore I suggest that you always claim these rewards so that the next timer countdown can start – do this and you will be able to claim at the end 100 Diamonds as reward! (and several summon tickets prior to that)

You can find your missions in the main interface, in the bottom left part of the screen under the Missions tab. Head on there and you will notice quite a few tabs filled with tons of missions!

– Daily Missions: try to complete all of these daily missions because the tasks are not difficult and the rewards are pretty good. If you complete all the 10 daily missions you will be able to claim 100 Diamonds for free, along with other goods that you can claim from the missions individually.

– Weekly Missions: these missions are slightly more difficult to complete in one day, which is why they are called weekly. Check them out and try to complete all the tasks that lead to completing the given missions, because the rewards are way better! By completing all 10 weekly missions you can claim 500 Diamonds (and that’s weekly!) and another 200 Diamonds from one mission!

– Achievements: the achievements are rewarding you mostly with Diamonds, but some of them will give out various other goods too. Check them out because some of the tasks are super easy to complete!

– Auto: these tasks are slightly more hyped up achievements which give better rewards and require quite a bit of grinding!

– Challenge: the challenge rewards are given for completing the game chapters mainly, and the missions are pretty simple, so if you stick to the game flow you will probably complete all of them without even noticing at start (and by completing all of them you receive 1000 Diamonds)!

Do your daily dungeons

Every single day you will be able to complete various dungeons which give rewards depending on the type of dungeon that you are going in. I would suggest that you complete them every day, because the rewards from them are usually better than what you would get from the quests!

The Daily Dungeon will give you various Elemental Stones, depending on which one is open in that day! During the weekends (Saturday and Sunday) all of the dungeons are open so you can go in any of them! (more about the Elemental Stones below)

The Equipment Dungeon is where you can grind daily for better gears and try to improve the gears that you have! It’s a dungeon which might not be super important at start, but once you get better heroes you will want to do it a lot, so it’s better to just start from the very beginning and do it to get gears (keep in mind what I suggested above with the gear summoning).

The Tower of Ordeal is a tower which gives a ton of Gold and will get increasingly more difficult with each floor that you complete, so you will probably not reach very far from the very start, but keep on pushing!

The Boss Raid is basically… a boss raid! It’s more difficult than the other dungeons, but the rewards are so much better, so when you feel like your party is prepared, head on there and hunt some bosses!

Since a team can have up to 5 members, you should pay very close attention to how you are deploying them! The order of the heroes in the party is important, because you don’t really want to place your vulnerable DPS heroes in the front, but instead the tanks.

The team synergy is basically the heroes which give extra attributes such as increased attack speed, increased HP recovery, increased ATK and so on. You can have multiple synergies in a team, depending on which heroes you have deployed and in which combo.

I would suggest that you take a look at all the team synergies in the Guardian -> Synergy Illustration and there you can see which synergy you would like the most, and try to achieve that by obtaining the heroes.

Unlock Gear Sets: much like the team synergy, you also have “synergy” between gears. You can find them in the Set tab, and there you will see which gears give what. Check them out and try to never forget to equip the gear!

Equip the gear to your team members

You can equip the gear on the team members that you currently have, by heading on to the Guardian -> select the hero you want -> Equipment! There you can equip various gears that fit the character, or even Runes if you check the Rune tab.

I suggest that you always equip the best gears for the heroes, because they will make them more powerful, so it will be easier to defeat the enemies that you run into!

Save Elemental Stones and Gold to make U summons

You can summon U heroes by using 1440 Elemental Stones (per summon) and 1440000 Gold (per summon), and you can find them in the Guardian -> Elemental Summon menu! So make sure that you save those Elemental Stones because if you want powerful U heroes such as Ackman, Alex, Lynn and others, you will want to save a ton of stones from the dungeons!

These would be all of our Guardian Knights tips and tricks that we have for you right now! Do you know some more useful game tips and strategies that you would like to share with us? Leave them down in the comments section below! 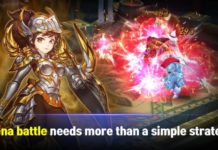