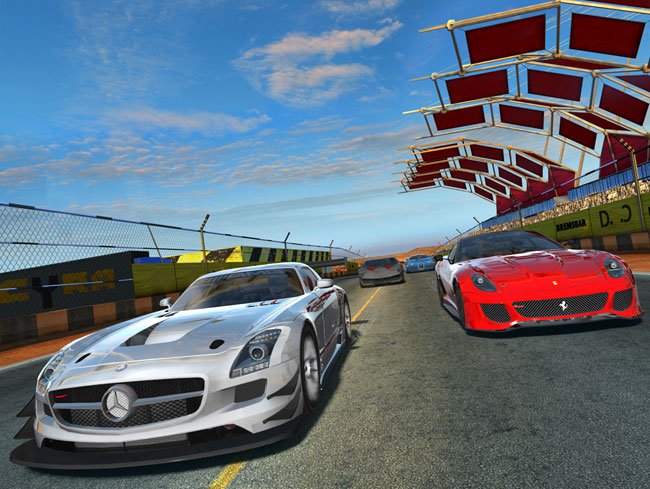 Car races and video games have always had a great relationship ever since gaming devices have been able to do something more than the basic Pong. Every console, computer and gaming device has had its own share of racing games, ranging from arcade inspired titles to more realistic simulation ones.

The iOS gaming world is no different in this regard, even though arcade styled game are more common due to the very nature of mobile gaming.

Another racing game is now available for purchase on the App Store. We’re talking about GT Racing 2: The Real Car Experience, developed by Gameloft.

GT Racing 2 includes 67 licensed cars from manufacturers like Mercedes, Ferrari, Nissan and more. You will be able to use these cars in races set in 13 different tracks from all over the world. Pretty standard fare, as far as racing games go.

Gameloft’s latest game is going to include over 1400 events, which is quite a lot for a mobile title. The game also includes a realistic physics engine, a weather system and much more. If you’re looking for a realistic racing game to play on the go, you may want to check the game out. You can find a trailer for GT Racing 2 right at the end of this post.

GT Racing 2 is now available for download on the App Store. The game can be played on both iPhone and iPad.