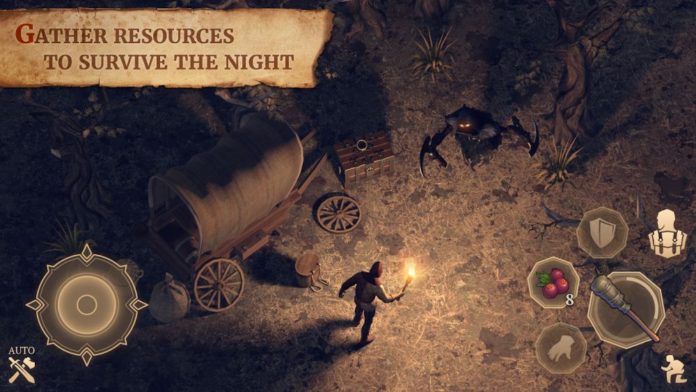 Grim Soul: Dark Fantasy Survival is a beautiful zombie survival game with amazing graphics and a deep concept. And we’re here to help you get the most out of the game by sharing a bunch of Grim Soul cheats and tips in our complete strategy guide for surviving the night and day and building an amazing base.

There are a ton of things that you will unlock as you play the game and you’ll eventually get the chance to challenge for being the king of the lands… but until then, we must make sure that you’ll survive the knight, your first encounter with a Damned Knight – or even worse, the Night Guest and so on. Baby steps, just like in Last Day on Earth, the game that looks a lot like Grim Soul DFS.

But let’s not waste any time and let’s check out our Grim Soul tips and tricks below to get you started on the right foot!

Start by building your house (base)
You should start working on this as fast as possible because you’ll soon get the chance to build some chests for extra storage (extremely important) and eventually the game will deliver features that will make houses extremely important (like looting and so on).

For starters, since you won’t have a ton of resources on hand, you can safely build a 4-square house which should be just enough early on until you get to explore a few more areas and unlock more crafting recipes.

Ideally, you’d build a 3×3 house first, which would give you more options for the long term. But don’t worry too much about this right now since you will be able to build more in the future.

Don’t forget that you can actually upgrade your house’s walls, which is extremely important especially for when other enemies start attacking you (this is not yet implemented in Grim Soul, but it doesn’t hurt to prepare).

But in the end, building your home base should be your priority: build the house, unlock new crafting items and craft them – this will open up the door to even more crafting and more advanced stuff in the game, but it will also make your life easier. So focus on your base!

Pro tip: Keep your trees on your home base if you want to have them around. Trees that you cut down DO NOT grow back, so if you want to do a bit of landscaping, don’t cut them (although they might prove extremely useful to build your house quickly early on)

Storage is also very important, so start by building a Peasant’s chest in your house. The good news with these chests is that you can build more of them – so make sure to do so whenever you need extra storage. Place all your items inside and head to new areas carrying as little stuff as possible in order to make sure that you can get as much loot back home as possible.

Always run to the treasure areas
As soon as you start the game, you will get a treasure area unlocked and you should visit it before it goes away. BUT make sure that you go there with an empty inventory – so only head that way after building a chest and a bag for extra inventory space.

Normally, you should be able to make two trips to the special area and that will give you the chance to come back home with most items – and the same goes for other special areas as well. Go there carrying as little as possible in order to bring as much as possible of that treasure home!

Get the Raven’s cage ASAP
This is your first quest in the game and you should complete it as fast as possible. After you do so, you will unlock a ton of other quests and they’re very important because they give great rewards that help you craft more items and unlock even more.

Gather everything you can
Although Grim Soul: Dark Fantasy Survival is, as its title says, a game about surviving, the most important part of the game is actually gathering items and crafting advanced loot that will allow you to survive.

All the items are very important in the game, with some of them being more important early on (like the base materials: rocks, logs, rope and so on) and others more important later on.

You can never go wrong by simply collecting as much as possible, so make sure to always build enough chests to hold as much treasure as possible and gather everything from the areas you visit.

Use defensive structures to your advantage
When looting in areas that have those spikes placed around (usually near houses), use them to your advantage to destroy the enemies. They walk right into them – so walk around in such a way that you draw them into the spikes. Many very difficult enemies can be destroyed by simply using this trick!

Also make sure that you have weapons and armor on hand whenever you are in a new area. Always check your equipment before leaving your base and make sure that you have back-up for items that are about to disappear due to their minimal quality levels. You don’t want to be in an important fight and end up with no weapon and no trousers!

Hit & Run
When dealing with the said strong enemies, you should apply the hit and run mechanic. Basically, you will go close and hit them, retreat and consume some food items to replenish health, then hit again before retreating and doing the same.

This is the only way to deal with the more powerful enemies out there, but extremely easy to do once you get used to it.

In order to deal even more damage, you can use ranged weapons. By this I also mean longer melee weapons that give you the opportunity to strike from a distance. Although these usually deal a lot more damage, the fact that you can avoid getting hit matters a lot in the long run!

Keep an eye on your health & thirst
It’s extremely important to be healthy, well fed and not thirsty. Keep an eye on these meters – especially when in battles and make sure that you always have some items (like the berries or leek) ready for a quick tap use in order to replenish health.

But don’t eat too much! If you overeat, your character will puke, which will take time and also reduce their moving speed. This can prove to be fatal in battles, so don’t tap those buttons too quickly!

How to survive a Night Guest encounter
When night comes, an enemy appears that’s impossible to defeat: the Night Guest. However, there are some ways to get away from him, like using a torch to scare him away, going inside your house (if you’re on your base) or going inside those red circles that are painted on the ground in all areas.

Also, if you can outrun the Night Guest, do so: leaving an area will help you lose it and survive another day.

These would be our Grim Soul: Dark Fantasy Survival tips and tricks for now. If you need more advice or have additional questions, don’t hesitate to ask them below.

Also, if you have extra tips and tricks to share with fellow players, we’d be more than happy to read them as well! 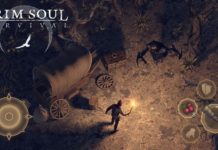 Grim Soul Guide: How to Defeat the Night Guest