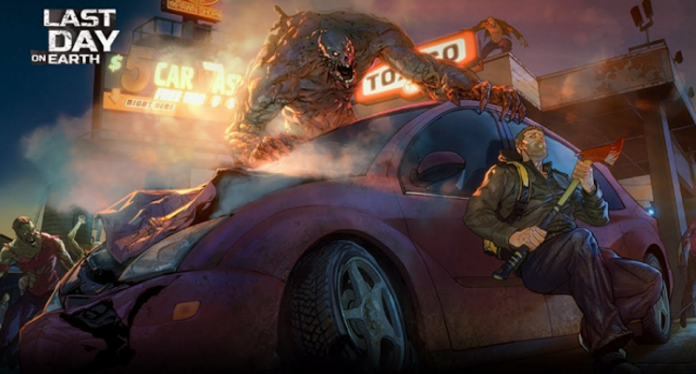 The Last Day on Earth have arrived and it’s every man for themselves. In this zombie survival game, you have only one goal: survive! Our Last Day on Earth cheats and tips survival guide will teach you the basics and essentials of lasting more than a day during these rough times.

With RPG and crafting elements, there’s a lot to do in Last Day on Earth. Fit yourself with the best gear you can find, build yourself a sturdy shelter and prepare yourself for the long days to come.

You’re not alone in this world, and almost anything is a threat. To help you survive for as long as possible, here’s our Last Day on Earth cheats, tips and tricks strategy guide!

When you first spawn into your world, you’ll want to spend the first couple of days gathering. Your house plot has a bunch of natural resources for you to collect. Every time you gather something or take down a zombie, you’ll earn some experience.

Leveling up nets you crafting points that lets you learn new recipes. First off, you’ll want to craft a Hatchet and Pickaxe – these allow you to chop trees and mine limestone respectively.

With those two tools in hand, run around your land gathering all of the resources. Once you’ve cleared out mostly everything, you should have gotten enough experience to level up to at least level 3.

Craft the essentials for your house!

For us, the best starting house was a simple 3×3 home. You’ll need to put down flooring first, then you can add the walls. Each floor and wall costs one pine log, but you should have a bunch after you’ve cleared out your plot of land. This gives you enough starting space for the essentials and allows room for expansion.

To make your home truly yours, you’ll need to craft the essentials. You should spend your crafting points to unlock the Small Box, Campfire, and Garden Bed. The box lets you store 12 items safely, but make sure they’re placed inside your house to keep players from stealing your stuff. The Campfire lets you cook better food, and the Garden Bed lets you grow carrots to steady your food supply.

As a side note, if you’re hurting for more storage space early on, keep in mind that you can use the truck you started next to as storage.

Once you level up again, unlock the Basic Backpack blueprint. This lets you hold 8 more items. Since you’re probably still wearing only a jacket, it’s best to stick close to the green areas. The little location indicator above an area will tell you the “density” of that area. Higher density areas mean more materials and resources but also tougher enemies.

Light density areas are green while heavy areas are red. For now, we recommend staying in the green areas until you’ve gotten better weapons and a full set of armor.

Keep an eye out for Points of Interest!

Sometimes the army will drop in a supply crate that becomes an exploration point on the world map. You have to be fast though – these special Points of Interest are time-limited and will disappear after a certain amount of time. If get the chance though, go explore them as you’ll usually find some really good loot.

Also, keep an eye out for Military Bases. These bases are Points of Interest that are fixed and don’t expire. To fully explore these, you’ll need to find a security key card. You can sometimes find them on dead zombies and players.

You’ll be expected to face off against all sorts of dangers, so it’s best to prepare accordingly. For almost any engagement, sneak attacks are great. Tap the crouch button on the bottom right corner and you’ll crouch. In this mode you move slower but it’s much harder to be detected. If you can sneak up behind an enemy and smack ’em, you’ll strike extra hard, usually instant killing them.

Melee weapons are the safest bet. While you’ll suffer some hits in a battle, they’re quiet and won’t alarm nearby enemies. Guns obviously are much safer… in a way. While you can pick off enemies from afar, you will also alert any enemies around you, potentially making the situation much worse than if you had just used a melee weapon.

Keep an eye on the minimap, and be very cautious if you see a red blip coming straight toward you as an alarmingly fast rate. This blip will usually end up being one of two things: a Fast Biter or a player character. Fast biters aren’t too bad as they’re just as fragile as regular zombies, but player characters can potentially be deadly.

These aren’t controlled by players in real-time but rather a “copy” of their character. Depending on what they had equipped, they can be laughably easy or your worst nightmare. Don’t engage them right away – back off for a second and see what kind of gear they have. If they’re naked, you can probably kill them easily and take whatever goodies they had. If they’re armed, make sure you’re ready to fight and you have good armor equipped.

Get to level 10 quickly!

Just about anything you do nets you experience, which is good because you want to get to level 10 as fast as you can. The reason being is that at level 10 you can unlock the first set of basic craftable armor.

It’s not that great but it’s better than nothing, and since armor is hard to find in this game it’s handy in the event of you meeting your untimely end with no way to recover your stuff.

That’s about it for our survival guide on Last Day on Earth. We’re sure there’s still lots of stuff to discover, so if you have any other tips or tricks to share, let us know in the comments below!