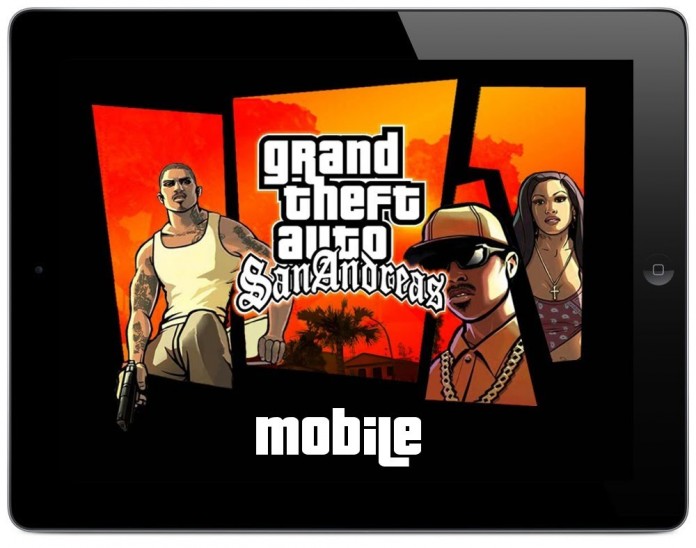 Just like the mobile versions of other older Grand Theft Auto games, San Andreas on iOS comes with some new features. The game’s graphics have been remastered with improved lightning, palette, dynamic shadows. Touch screen controls are better than ever, thanks to three different controls options. Players not liking these control schemes will be happy to know that the game also has physical controller support.

Among the additions and improvements are also a new checkpoint system, more suited for playing on the go and cloud saves support.

Even without the additions, playing Grand Theft Auto: San Andreas on mobile devices is quite impressive. The game, released a few years ago on Ps2, Xbox and PC, was one of the biggest open world games ever released, sporting the biggest map ever included in a Grand Theft Auto game up to its release.

Grand Theft Auto: San Andreas is now available for download on the App Store, costing $6.99. If you want to learn more about the game you can read our own report on the game’s announcement by going here.

Want an honest advice? Just get the game if you have never played it. You will not regret your purchase!