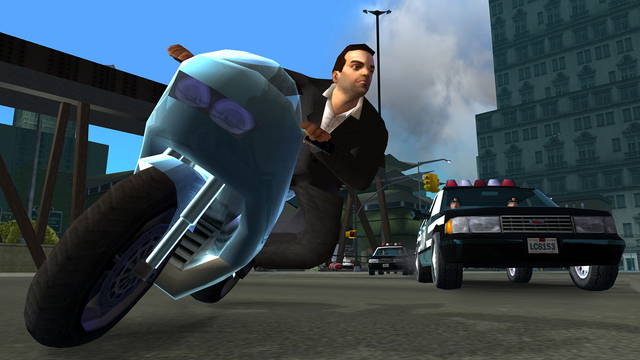 The name of the new game is Grand Theft Auto: Liberty City Stories, originally released on PlayStation Portable a while back. The game is set in the same location of Grand Theft Auto III but features a new main character and plot.

The iOS version of the game doesn’t play all that differently from the PSP version. A variety of tweaks have been made so that the experience can be enjoyable on the go such as shorter missions, touch controls and much more. The game has also received some graphical enhancements so the game looks better than it did on PSP. 60 FPS support is also available for those playing the game on iPhone 6s and iPad Pro.

Grand Theft Auto: Liberty City Stories is now available for purchase on the App Store in all regions.