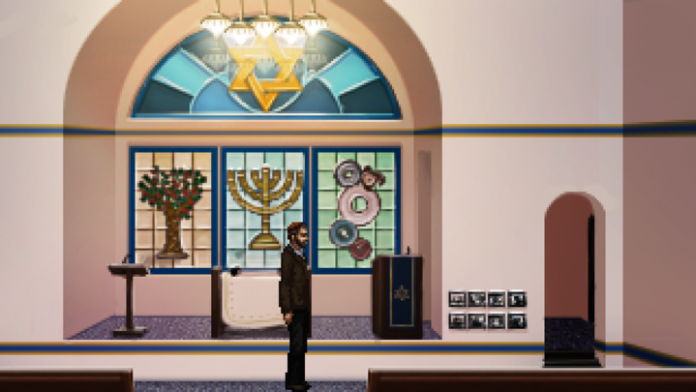 The Shivah, Wadjet Games’ 2006 point-and-click adventure game starring a Jewish Rabbi, is receiving an updated “Kosher Edition” and will be available on iOS later this month.

For those who may not have heard of The Shivah, it stars Jewish Rabbi Russell Stone and tasks players with figuring out the meaning behind a mystery donor who makes an unusually large contribution to Stone’s struggling New York-based synagogue. The Kosher Edition will feature the entire base game with brand new updated visuals, new music tracks, and other additional features.

The Shivah: Kosher Edition will be available on November 21st and will be priced at $4.99.