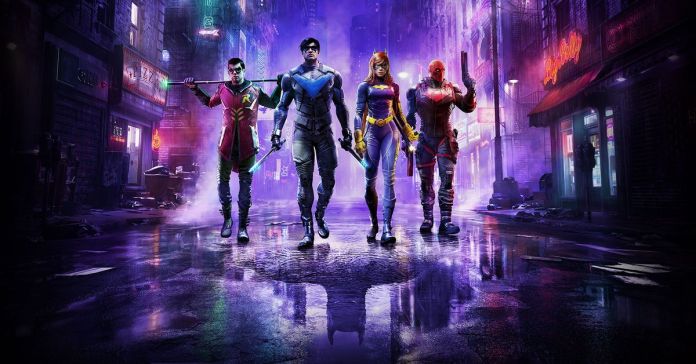 Gotham Knights is a new action RPG open-world game available for consoles and PC. In the game, you have to patrol Gotham and solve the mysteries of this city. The city was left without Batman, and only his assistants can stop the criminals. You will be able to play as one of 4 unique characters. And in this guide, we will tell you which character is better to pick in Gotham Knight.

Gotham Knights has a lot of fighting to do. There are a lot of criminals on the streets of Gotham, and many of them are very strong. Therefore, each player will want to choose the best character. There are four main characters in Gotham Knights:

And besides the obvious visual differences, each of the characters has different skills and attacks. And we can say that they are all equally strong. But which character is right for you?

This character is perfect for players who want to deal massive damage from both, close and long-range. Red Hood’s abilities can deal damage in an area and on individual targets. What’s more, he can hop around the city in midair.

This character is at its best when playing co-op with a friend. His abilities allow you to dodge enemy attacks fast and deal AoE damage. Also, using Revive Darts, Nightwing can quickly resurrect a dead ally.

She is the best choice for players who want to play Gotham Knights solo. The main advantage of Batgirl is that her skills can resurrect her several times. Moreover, she can hack mines, cameras, turrets, etc.

This character is perfect for a stealth game. Unfortunately, in Gotham Knights, you can’t go through stealth mode everywhere, but with Robin, you can get very close to this. His skills allow him to destroy groups of opponents even before they see him. Moreover, he can become invisible.