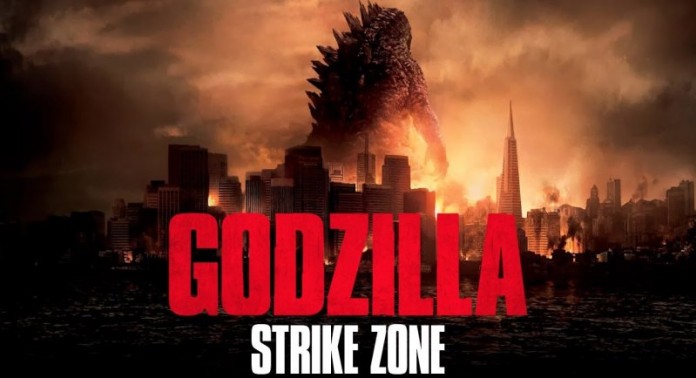 There are three missions, two of them very similar and all involving a lot of steering and trial and error mechanics. Here’s how to beat them all:

HALO Jump
This is the easiest of the missions and all you have to do here is to tilt your device to avoid the other paratroopers. Whenever you see the red exclamation mark, tilt in the opposite direction. It’s pretty easy and you’ll be done with this very fast. The second part is a bit more difficult as you have to go through and past the buildings, some of them falling, so master the tilting mechanics – tilt downwards to go higher and vice versa. There will be one gap you’ll have to go through and once you manage to do that, you’re all done with this mission!

The last two missions
This is all about finding the route and making sure you don’t fall into electrified water or get stepped on by Godzilla. The trick in most of the stages (especially those where you don’t have to run) is to go really slow. Are you on a pole? Go slow because it’s safest. Are you on a rooftop? Go slow again, one step at a time. And, as the game will continuously tell you – don’t fall into electrified water. That’s all!

The game is short and pretty crappy, but at least you’ll complete it now. Good luck!