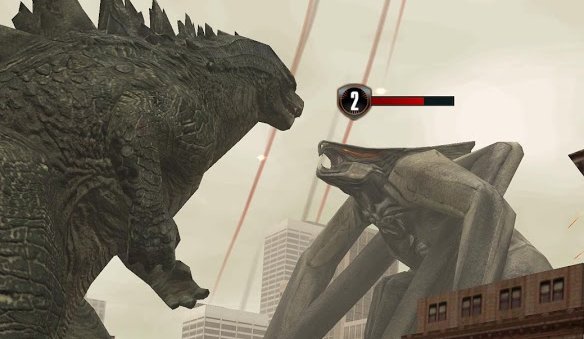 Godzilla Smash 3 has been released on iPhone and iPad to fix the mess up that was Godzilla Strike Zone. This match three game is absolutely beautiful and addictive and lets you play as Godzilla too! So we’re here to make that experience as enjoyable as possible by sharing with you our Godzilla Smash 3 cheats and tips into an article that will hopefully become a complete strategy guide! So let’s not waste any time and let’s find out below how to fully enjoy Godzilla Smash 3!

Plan your moves ahead
Usually, there is no reason for you to hurry when playing the game and you should use all the time you have to plan ahead. Check out your opponents, the tiles you have available and decide what the best approach is. Your goal is not only to beat all the enemies, but also get three stars in each level, so good planning goes a long way. So attack the enemy you want to (sometimes, the one that attacks first is not the best option score-wise) and plan your moves so that you unlock special tiles, clean rubble and get the biggest possible high score.

Pile up on the special tiles
Try to save as many special tiles as possible before going for combos – the more you save, the more damage you cause and more points you get.

Heal & Atomic between waves & during building fights
The best moment to go on a matching spree with heal and atomic tiles is between waves, because your moves won’t change the count of enemy troops. Same rule applies when attacking buildings, as they won’t retaliate. But have in mind that the general count of allowed moves goes down, so keep an eye on it!

How to level up Godzilla
Earning stars gets you closer and closer to leveling up your monster. Every time you do so, you get one point to use to upgrade Godzilla, and you can access it in the upper right corner of the screen in the main menu. There are three areas you can upgrade:

I would suggest to go for the upgrades in this order: Attack, Defense, Atomic and upgrade them one after another, instead of focusing on a single stat.

Pro tip: You can reset the points you have spent, so if you feel that a mission can be won if you invest all your points in Attack, do so!

Always know the strength of the tiles
Blue is weak, yellow is middle, orange is strong. Make sure you have this in mind when deciding your strategy and the enemies that you attack. And have in mind that sometimes, creating a really long blue line is better than triggering just three orange tiles – let them stack up and only them launch a devastating attack!

These are, for now, our Godzilla Smash 3 tips and tricks and I really hope that you found them useful. If you have any other strategies to add, let us know by commenting below!