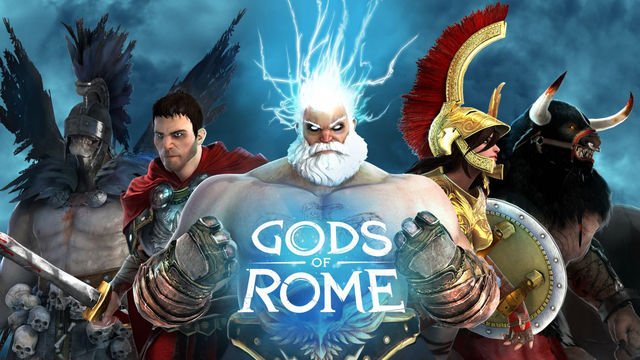 I find it very funny that Gameloft launched a game titled “Gods of Rome” but they’re giving us a ton of Greek gods as characters, the story takes place in Greece – Mount Olympus and so on. But this problem fortunately does not affect the gameplay and the overall game which is extremely good – one of the best fighting games I’ve played recently and I am sure it will get you hooked on it instantly. And I am here to help make the experience even more pleasant by sharing with you a bunch of Gods of Rome cheats and tips to win all battles, complete the campaign and unlock the fighters for an ultimate team.

So let’s not waste a single second and let’s go, instead, check out some Gods of Rome tips and cheats! You might need them to better your game!

1. Know your characters – affinity and bonuses
It is extremely important to know all your characters/fighters, their attacks and especially the affinity bonuses. Some characters get a bonus from fighting together with other fighters, while also have a bonus when fighting against specific characters. There are also the class bonuses to be considered, one class being strong against a specific different one and weak against another. Using all these to your advantage will make all fights a lot easier than they are!

2. Size matters
Well, sorry to tell you that, but size does matter in Gods of Rome. The size of the weapons, that is: all attacks have a more or less limited area of effect, so you can completely miss a special attack with the starting hero (Julius or whatever) if you’re too far from your target. So always stay close to the opponent and take advantage of your long weapon or attack range if you have it. For example, it usually is a breeze in the campaign to simply use the Heavy attack of the Cyclops over and over again: the enemy gets knocked out, charges, you hit them, then you repeat. I am sure that similar things can be done with other characters, just try to find them and put them to good use!

3. Level up your heroes smartly
Chances are that eventually you will have your team filled with three star fighters and above, but you still need to level up the low characters you have, especially at first when you don’t have that many options. I level them up by investing the small XP boosts in the low level characters and the larger and better ones to my better characters. Always focus on your better rated characters first because you might get a better character than one you already have and they can be easier to replace if you haven’t invested too much in them already! But as I said, don’t hold onto your XP potions for too long – you need solid characters to win fights!

4. Complete story missions twice
You will eventually have to go through them over and over again, but make sure that you complete them at least twice in order to unlock all the possible routes and get all the special rewards. When you get stuck to a point and can’t proceed, simply replay older missions over and over again, level up your fighters and try again when they’re better.

5. Don’t forget to defend
I agree that offense is the best defense, but in this game you do need to defend and do it smartly. Blocking when the opponent unleashes a flurry of attacks reduces the damage you take and you can also swipe the screen left to withdraw. This later option is a lot better when we’re talking about Heavy attacks (the one you’d get for tapping and holding the right side of the screen) because they can’t be blocked – so it’s best to keep an eye on your opponent and simply retreat when they’re about to unleash one, as well as a special attack which can be completely dodged (or at least blocked). This will save you a lot of damage and give you better chances at winning your fight!

6. Don’t hesitate to sacrifice your fighters!
When in campaign, you don’t really need to have all your fighters running at full health at all times. You don’t even need all your fighters to win most of the campaigns and it makes a lot of sense to simply sacrifice some of them in order to make it easier for your top dogs to take out the most difficult enemies. If your fighter dies in battle, all the damage they have caused will still be there, making it a lot easier job for the next fighter to take out your opponent. Plan ahead a bit and usually you’ll have nothing to worry about and you could sacrifice fighters, if needed, without a problem!

These would be for now our Gods of Rome tips for you to improve your game. We’ll come back soon with more, so stay tuned with us or share your own tips in the comment section below.