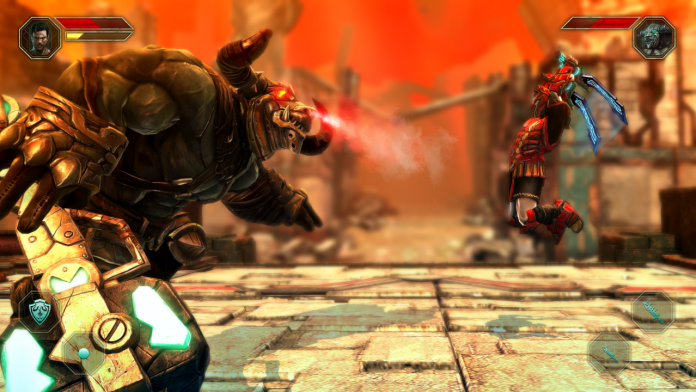 After a quite long wait, the release date of Godfire: Rise of Prometheus has finally been confirmed.

The third person action game developed by Vivid Games will hit the App Store on June 19th. This means that starting next week, gamers will be able to finally purchase and enjoy this nice title.

It’s also been confirmed that Godfire: Rise of Prometheus will receive a limited edition next week, which can be purchased from the game’s official website. This special edition of the game includes a 8.7 inch figurine of Prometheus, an art book, a T-Shirt and a voucher to download the game.

Some new details on Godfire: Rise of Prometheus have also emerged during the E3. Apparently the game will include another single player mode together with the main campaign called Survival, where players will have to face wave upon wave of enemies.

Godfire: Rise of Prometheus features an interesting and engaging mix between exploration and combat, with good enemy AI that never makes combat dull. The game will also feature some weapon and armor customization features that will further deepend the experience. Boss battles are also going to be another remarkable feature of the game, featuring some intense and spectacular action.

Godfire: Rise of Prometheus launches next week on the App Store.