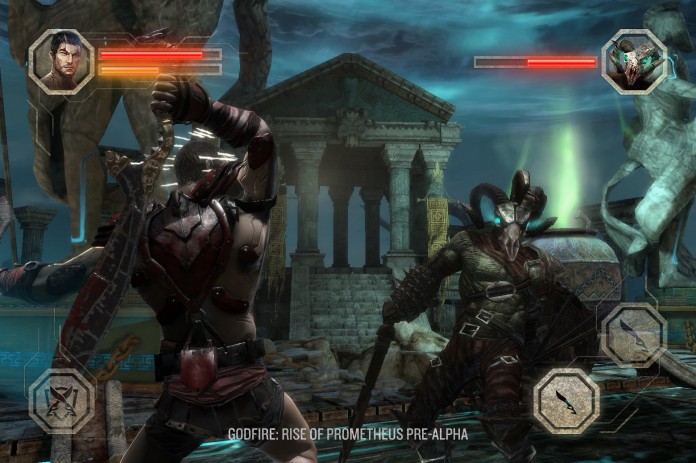 A few months ago, Vivid Games announced a new third person action adventure title game called Godfire: Rise Of Prometheus. The few screenshots released following the announcement looked really nice and so did the short reveal trailer that was released. Unfortunately not much has been heard about the game since then, making gamers wonder if Prometheus had lost his way.

Luckily this isn’t the case. Vivid has released a brand new trailer for the game showcasing the combat of the game. The combat looks really intense, with a lot of different cool combos at your disposal.

According to several reports that have emerged following the GDC 2014, the game’s coming along quite nicely, with its mix between exploration and combat. The whole system is made even deeper by the good AI, which will prevent battles from being only a button mashing affair and the weapons and armors customization features. Last, but not least, it looks like the boss battles are going to be one of the highlights of the Vivid game, featuring some really intense action.

Godfire: Rise Of Prometheus will launch on a yet to be confirmed date on the App Store. We will keep you updated on the matter as soon as more news come in so stay tuned for all the latest updates.

Godfire: Rise Of Prometheus Gets A Brutal Combat Trailer