Home Guides Goalunited Pro Cheats & Tips to Build the Best Club in the... 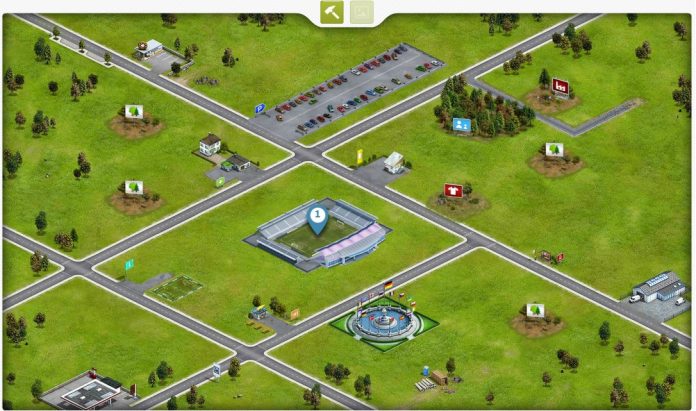 The makers of the popular browser-based game Travian have decided to give it a try with a football management game and released Goalunited Pro to the world – a really good and highly addictive title too. However, since you start from scratch with a bunch of unskilled players and a stadium that needs a lot of improvements, things are not easy and you have to spend quite some time working on your club and building it up into a real wonder of the world. We are here to help make the journey easier and more pleasant by sharing with you a bunch of Goalunited Pro cheats and tips in a complete strategy guide.

So if you’re just starting up your managerial career in Goal United Pro, or even if you are an advanced player, read on our tips and tricks and get better at playing this game!

1. Don’t use any cards!
It might sound strange to start with this, but if you’re just starting the game, this tip is golden: your team will be extremely weak when you start out and most likely you will replace all your players during the first season anyway (or at least most of them). Also, you don’t really have all the features unlocked, you don’t know much about the game at this point and progressing through the first season is usually a piece of cake. So don’t spend any of your cards during your first season: hoard them and keep them for the second season or, even better, your third season. In other words: use them when they matter, on players that are really good.

2. Build your stadium up
Good players or not, your stadium is extremely important as the investments you make in it will last through the seasons. So make sure you build everything as soon as the buildings become available and keep upgrading them to get the most out of your stadium. Please have in mind that at the moment of writing this tutorial the Manufacture and Shop features/buildings are not implemented, so you can’t build then. It’s not a bug!

4. Hire good staff
Staff is extremely important in Goal United Pro because they offer you major bonuses in all areas. Try to always get the best possible staff – although I would again suggest to start worrying about those only after you complete your first season when you have a nice pile of cash waiting to be invested and a good team for the bonuses to matter. However, the coaches and the staff that increases the money you get from the Sponsors should be of a level as high as possible early on to get the most from them.

5. How to make more money in Goalunited Pro
The game is made in such a way that you will rarely be without money. Completing the tutorial rewards you with a nice chunk of money. You also get daily bonuses when you start, and a smaller daily bonus afterwards. You get regular income from your Sponsor (choose the best paying one – I would go for the one that guarantees the largest weekly amount because you might not win many points. If you are confident that you can win all your matches, the performance-based ones might be better). Keeping your stadium in shape is also a good idea as you get a lot of money from home matches if the price is right. Adjust the ticket price until you get the most income every game!

Finally, selling players is an extremely good way to make a ton of money. If you can be active on the transfer market, you can make a fortune: simply keep an eye on the transfer market and buy the bargains (great players with few bids on them). Sell them after you purchase them and hope to make a profit – this usually is the case, but you can lose money as well, so make sure that you only buy very cheap players and you are able to sell them back. If this doesn’t work for a few players, don’t do it anymore and instead focus on developing your own players (buying them at a young age and increase their stats throughout the seasons, then sell them).

6. Best formation in the game
I will make sure to write an entire article for this matter, but I’ll sum things up here: the best formation in Goalunited Pro is an offensive formation in most occasions. The higher the offensive bonus, the better for your team as the defense won’t get a penalty, so you’re still playing full defense while getting a bonus to attack. The only moment when you should consider switching to a defensive position is when playing away against a slightly higher-ranked team, as this might get you the draw. Otherwise, unless you’re in a league where everything’s really tight where goal difference matter, it’s best to simply stick to your most offensive tactic.

Usually, the Normal effort level is enough, but if you want to make sure you get the win – for example when playing away or against
higher ranked teams – increase it a bit. If you’re sure you’re going to suffer a loss (which is almost guaranteed if the opponent has a lot more power than you), then you can go for a low energy level to keep your players safe and rested for other matches where you still have a chance.

7. Train your players
Training young players into superstars is a long process – but one that can be done easily in the game. My recommendation would be to think about the future and always sign young players and train them into better ones: you can also keep your weaker players you have started with (power 0.8 and above) and you’ll be surprised to see how good they will get in a few years: and you can at least sell them for a nice profit. The training categories vary and you should try to find a balance between them all. Also, have in mind that if you train the same thing over and over again, the players get bored and as a result the effects will decrease – so make sure you vary your training schedule and train everything a little bit, even though you might want to focus on a specific area (whichever you are already the best in!).

8. Other quick tips:
– I don’t really know if this is a coincidence or not, but every time I logged in the game during a match, the performance of my players got better. Matches are usually played at 7 PM, so try to log in at that time and give them the log in boost if there is indeed such a thing
– When offering a new contract, always offer the longest possible as it reduces the wage you have to pay
– Be patient. This is a game that requires a lot of time and is really slow paced, taking you days, weeks and months to go through the seasons and progress. Don’t expect your players to improve over night – just take it slow, be active and be patient!

Do you have other tips and tricks to share with fellow Goalunited Pro players? Let us know by commenting below! 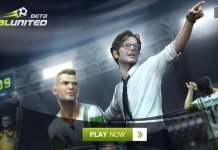 Goalunited Pro: Can’t Build Shop or Manufacture. What to Do?