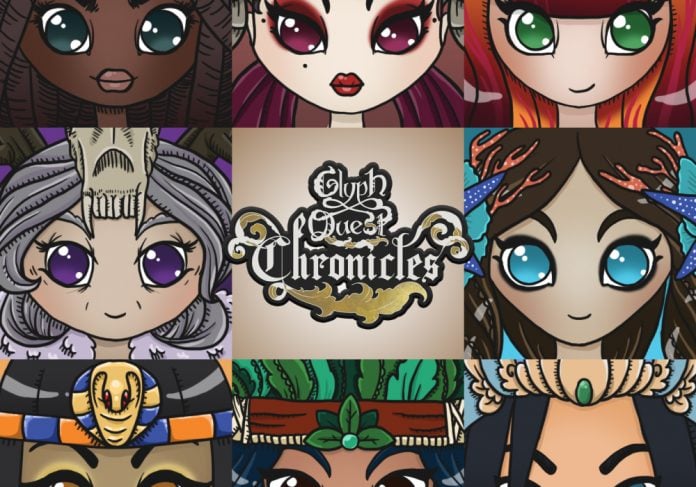 There’s a lot of monsters to fight and spells to learn, so let’s get started with our Glyph Quest Chronicles cheats, tips and tricks strategy guide!

Reversals are the key to big hits!

Reversals, as you learned in the tutorial, are performed by casting a spell of the opposite school that you’re currently in a chain with. Remember that you need to cast at least two spells of the same school to start a chain.

Reversals are the best way to inflict loads of damage, so try to pull off as many of them as you can. You can even mix in stronger spells to do even more damage – for example try casting a spell using four glyphs or more as a reversal and watch the damage rack up!

It’s important to note that when casting a reversal spell, you only consume one charge of your chain. Say you’ve casted three air spells, so you have an air chain +2. If you were to cast a reversal spell right after, your chain would drop to +1, allowing you to immediately cast another reversal. Take advantage of this for massive damage!

Stock up on health potions!

Don’t let the game’s seemingly simple puzzle combat system fool you – Glyph Quest Chronicles gets very though VERY fast! Not only do early enemies dish out lots of damage, they can also inflict all sorts of nasty debuffs. The amount of gold you get from being the early quests isn’t enough for you to get all of the items you need, so you’ll need to save your gold for health potions. Health potions are the most important items to have because you will have a lot of close calls. Potions are the difference between life and death so always make sure you’ve packed some before you venture out!

If you’re having trouble with a particular enemy or boss creature (and you will, trust us!), consider consulting the Bestiary. Fighting a new enemy for the first time will record their entry into the Bestiary, where you can learn everything important about them. You can see what types of attacks they use, what kind of status ailments they inflict, where to find them, and most importantly what elements they’re weak to.

Once you start unlocking new armor, you can equip yourself in accordance to the kinds of enemies you’ll be facing, and you can start exploiting their weaknesses. This will give you the upper hand! However, there’s no way to pull up any of this info once you’re on a quest, so you’re going to need to take some mental notes.

Every single spell in the game can be upgraded through the Spellbook. You’ll need gems to do so and it increases the spell’s (and that spell alone) power. If you’re just starting out, we recommend upgrading the spells that match your starting equipment. For example, if you started out as the Air Elementalist, you’ll want to level up Wind Slap, Gust, and Whirlwind. Every little bit of power helps!

That’s all for Glyph Quest Chronicles! If you’ve got any other tips or tricks to share, let us know in the comments below!