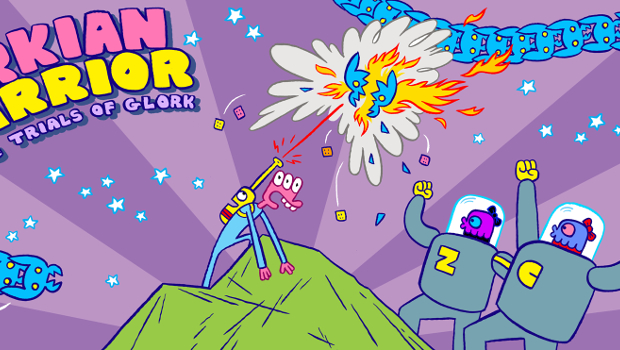 Glorkian Warrior: The Trials Of Gork, the arcade shooter game developed by Pixeljam, has recently received a new update which will make fans of the game quite happy with its interesting new additions.

The new Glorkian Warrior: The Trials Of Gork update comes with plenty of new content such as two new invaders, a new location set on the Glorkian world and a new powerful weapon, the flamethrower. The biggest new addition to the game, however, is the new Ace Mode difficulty setting which will put players’ skills to the test. The game’s leaderboards have also been updated to include an Ace Mode leaderboard so there’s a good incentive to play through the game again in this mode if you like seeing your records appear on the leaderboards.

Glorkian Warrior: The Trials Of Gork has been released last year on the App Store and has received a few updates after launch. The first update released for the game introduced a new control scheme, a new set of achievements and support for extra languages.

Glorkian Warrior: The Trials Of Gork is now available for purchase on the App Store. Make sure to take a look at the game if you’re looking for a very fun shooter game to play on the go.