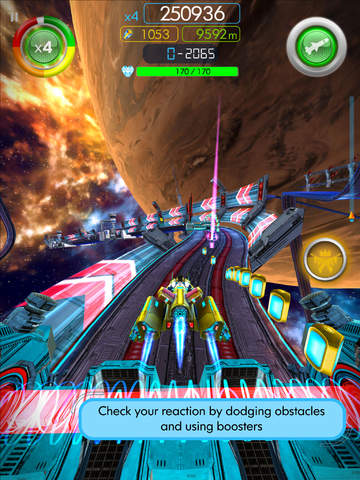 If your Glidefire’s suit isn’t flying as much as you would like to, you have come to the right place. This Glidefire Cheats: Tips and Tricks guide will be helping you with some useful tricks and tips that will make you fly for longer and enjoy the game much more than before.

Glidefire is a unique take on the endless runner genre. During the game you will have to control a gliding suit, which can be improved in several different ways. As in other similar games, you will have to play through several times to unlock new content as well as upgrades and much more. The game’s execution can be hit and miss but it’s undeniable that the team tried to do something different.

As in other endless runner games, Glidefire features two different currencies. Credits can be obtained while playing the game, while crystals can only be ontained by purchasing them with real money or in other ways. The best way to get crystals for free is by watching videos in the purchase menu. The videos regenerate quite often, so you can easily get a decent amount of crystals without paying. Activating the full frame ads and connecting the game with your Facebook account will also make you earn some extra crystals.

Since it’s going to take some time to obtain enough credits and crystals to purchase new characters and upgrades, you will have to play the game with the starting suit and character for some time. The best way to achieve any decent result is by surving as long as possible. And the best way to do so is to only focus on avoiding everything, ignoring credits and everything else that appear during the stages. With some practice, you will be able to get quite far even with the starting suit.

While purchasing better characters and gliders is definitely the easiest way to make the game more manageable, upgrading the starting character and glider is also a good way to make some progress. The first thing to upgrade is the suit’s shield duration, which will increase the total Hit Points and let you take more damage during each stage. Since going on as long as possible is the most important thing in the game, it’s easy to see how improving the shield will make you go a long way.