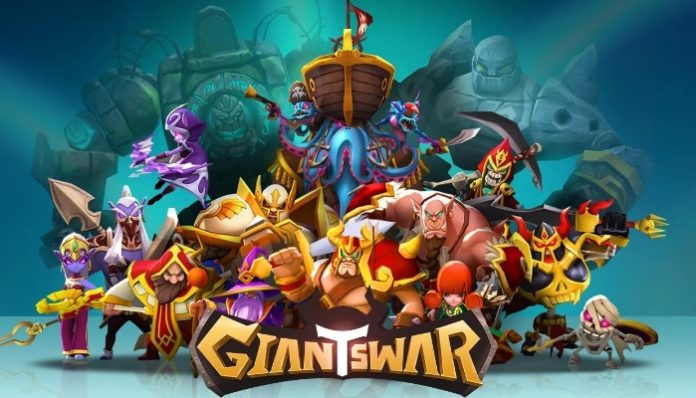 Become a colossus in Giants War, a new action RPG from Gamevil. Heroes clash in a fantasy land from ages past, but towering among them are colossal titans who rule the land. Recruit heroes with their own unique abilities and challenge the titans yourself, earning the right to summon giants into battle! Our Giants War cheats and tips will show you how to build an awesome team.

Giants War is a pretty standard action RPG but with a cool giant twist, and there’s even some base building aspects here. Giants War is pretty in-depth, so let’s get started with our Giants War cheats, tips and tricks strategy guide!

Need some extra ether? Well considering you use it to upgrade your hero’s skills, you are probably going to need a lot of it! If you’re in a bind and you need a quick dose of ether, completing your heroes’ quests is a great way to get some. Your heroes will request for you to take down a specific enemy, and upon doing so you will be rewarded with a bunch of ether.

Better yet, the more of a specific hero’s quests you do, the better the rewards get. You will eventually start getting crystals as a reward, which is pretty awesome. Anyways, keep doing hero quests to ensure that your ether supply doesn’t run too low!

During the tutorial, you will be prompted to spend 100 crystals to unlock an additional hero quest slot. While you CAN skip this and save the crystals, we highly recommend unlocking the slot as it means more ether in the long run. 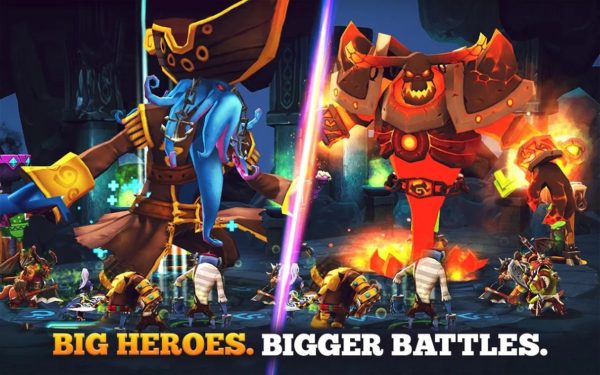 Save your Finisher for giants!

Each class has an extremely powerful finishing move that can only be used when the red Finisher gauge at the bottom of the screen is filled. Each finisher does something cool, and they get an additional effect at level 5.

As you can see, Finishers are aptly named as they can really turn the tables around on a battle. One thing you should note is that your Finisher gauge carries over from fight to fight.

You can take advantage of this by building up your gauge before you head into a difficult fight, then you will have a finisher to use right off the bat. This is particularly useful when challenging giants!

You will need to venture through the beginning areas of the game before you can actually start using your base, but once you do you one of the first things you should pay attention to this is the Research Facility.

You can spend dark ether here to research special projects that add permanent stat bonuses to your heroes, like health and damage upgrades.

These research projects take some time, so try to always have one running at all times. Before you start adventuring, make sure to check on your base and see if you have a research going! 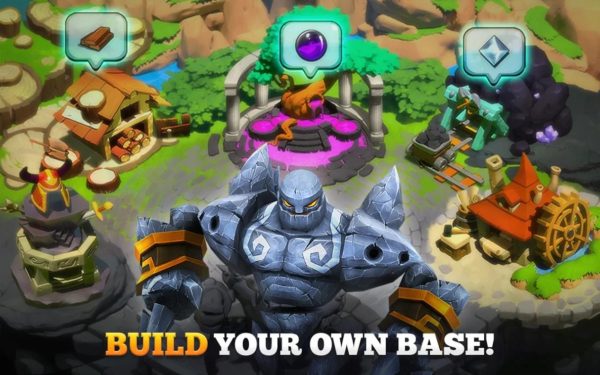 Power up your heroes often!

Gearing up and ranking up your heroes is the number one method of making them stronger, so get used to doing it! After completing an area, always check to see if there’s any new equipment your heroes can use.

Ranking up not only provides a small stat boost, but their skills can now be improved which is the most important thing.

Evolving is the bigger jump, but it takes a little more effort. You’ll need the hard-to-get cores to evolve a hero, but evolving them increases their stars and grants them a huge stat boost. But…

Cores can also be equipped to existing heroes to strengthen them. Cores have ranks: the worst being C and the best being S. The higher the rank, the more the core will boost. For example, an S rank human warrior core will provide a big attack bonus. Cores can be used to further amplify your heroes, but remember if you can evolve a hero it’s best to do that first.

That’s all for Giants War. If you have any other tips or tricks to share, let us know in the comments below!