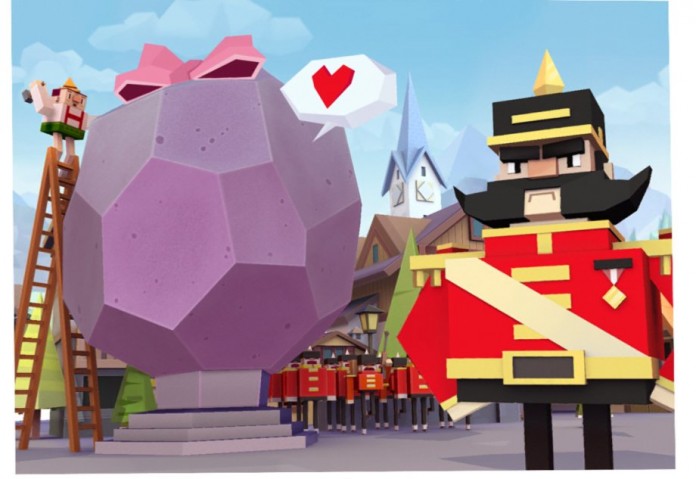 The folks over at Adult Swim have done it again! This time with Giant Boulder of Death, an endless runner type of game bent on mass destruction and intense fun (and, as you will see, a bit of Katamari Damacy). However, we’re not here to discuss the details just yet, we are here to talk about the Giant Boulder of Death cheats: a set of tips and tricks that will help you get further into the game, destroy as much of the world as possible and revenge the death of your rocky girlfriend. It won’t be an easy job, but it will be a lot easier with these Giant Boulder of Death tips and tricks. So let’s get it started!

Master the jumping
…but don’t rely on it! The best way to avoid spike traps and spiky boulders is to roll away from them, but there will be many moments when you will have to jump over them. Master the jumping and learn the perfect timing in order to get the most out of the game and get as far as possible. Generally, before upgrading your jump boost a lot, you will have to tap the screen to jump just before hitting the spike traps.

Destroy houses and living stuff
You get the most points from destroying houses. Special creatures like the Yeti and Lumberjack and all those that you unlock by completing the missions will give you more than regular ones, but the golden rule of thumb is to focus on destroying houses and living beings for the biggest score. Don’t forget though that if you are not fast or big enough, hitting a house will do nothing but decrease your speed and give you no points.

Control your speed
When your boulder starts going too fast, it’s time to decrease its speed a little bit. In order to do so, hit a huge house. This will decrease your boulder’s speed and in return make things a lot easier for you.

Get the free coins
Adult Swim offers a bunch of free coins for following the game on Twitter and Facebook, so make sure you take advantage of this offer and get the free coins. Also, you can get extra coins for inviting friends over to the game. The coins can be used for our next chapter in this tips and tricks article…

Giant Boulder of Death upgrades
Usually, when it comes to upgrades in similar games, there are some pretty obvious ones to get and ones that are not so good. In this case, all the upgrades (just three of them, unfortunately) are really good. However, I would suggest upgrading them in the following order: Invinci Duration, Steering Speed and Jump Height.

Spin Boosts
Every 10 minutes you get a free spin and start a game with some free boosts. You can upgrade these boosts too in order to make them more effective. Although you have no control over the boosts that you will get, I suggest investing in the following in order to get the most of the game if you are lucky enough to win these boosts: Rapid Power Bar, Less Spikes, Gem Frequency and Invinci Size. But don’t forget that you should first upgrade the permanent boosts and only them focus on these.

Roll on high land
Always try to stay on high land in order to see the most of what’s ahead. The spikes and obstacles, the rolling boulders and even the holes are easy to spot and can help you establish your route. The idea is to head towards the areas that have more things to be destroyed, but are also safe. High land helps you see that and plan accordingly.

Play, play, play
This probably goes for every game in this genre: the more you play, the better you get at Giant Boulder of Death, so this is what you should do. Take advantage of the free spin bonuses, upgrade your boulder and keep playing until you learn the path and get as far as possible.

Do you have other Giant Boulder of Death tips and tricks? Let us know by commenting below!