Home Mobile Gaming News Get Ready to Race ‘Till You Drop in Starlit On Wheels, Soon...

Starlit On Wheels is the new and exciting racing game from Rockhead, that will keep you glued to your phone and make your adrenaline rise with every turn you take. If you loved playing Mario Kart (like most of us here) then you’re going to have a blast trying this game!

You’re probably familiar already with the Starlit series, either from PlayStation or mobile devices, and if you’re not, then this game will give you a new opportunity to get acquainted with the series.

The main characters, Bo, Kikki, Pikke and the villain Nuru will be the racers, and you can use them to race against each other in intense breathtaking turns and customize them to your own liking.

Starlit On Wheels is a kart racing game, that is pretty similar to Mario Kart, but on mobile. In this game you will be able to create your own tracks or play the already existing ones (128 of them) and customize everything that you could think possible, from your vehicle, to how you handle it (acceleration, speed, handling and so on) and how your character looks.

The races are not the only fun feature of the game however, because if you have a vivid imagination you can use the in-game editor to let your creativity run wild and create the most unique looking circuit. You can then submit your creation for the weekly in-game Cup and compete against other players for the first prize.

To create those unique tracks you can choose from different themes available in the game and start building the roads, with twists and turns and anything you could think of. The game is free to play, but it is possible it might have some IAPs – we will have to wait and see!

Starlit on Wheels will be released worldwide on both iOS and Android on January 31st, so get ready to race! 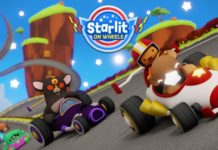 Starlit On Wheels Tips, Cheats & Guide to Win All Your Races 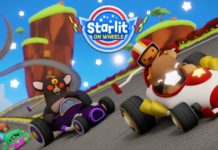