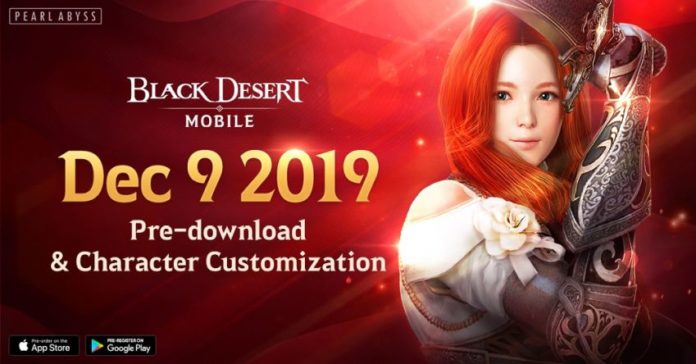 The long-awaited Black Desert Mobile, one of the most ambitious MMOs of all time, is finally upon us. While the game isn’t set to launch for iOS and Android until December 11th, enthusiastic fans will be able to pre-download the game from December 9th.

The big benefit to doing so is that you’ll be among the first to claim your Family Name. This is basically an in-game nickname that displays above your character for all to see. Pre-downloading will also give you some extra time to spend with the incredible character creator.

If you didn’t already know, Pearl Abyss’ gorgeous MMO boasts one of the most detailed character customisation systems we’ve seen in a video game to date, allowing you to tailor your character down to the most minute of details. The game’s overall presentation is similarly stunning, offering what is easily among the best-looking open worlds on mobile.

Those who pre-download will also be able to choose which of the five distinct classes they wish to play as when the game goes live. You’ve got the Warrior, Witch, Ranger, Giant, and Valkyrie. Every class feels totally different to play, so it’s best to put some thought into your intended playstyle before making any rash decisions.

With over 4.5 million players having pre-registered, it’s clear Black Desert Mobile is already one of the biggest games of the year. If you fancy getting swept up in its gorgeous fantasy world, you can pre-register for it now on both the App Store and Google Play. The full launch will happen on December 11th at 8am GMT (12am PST).