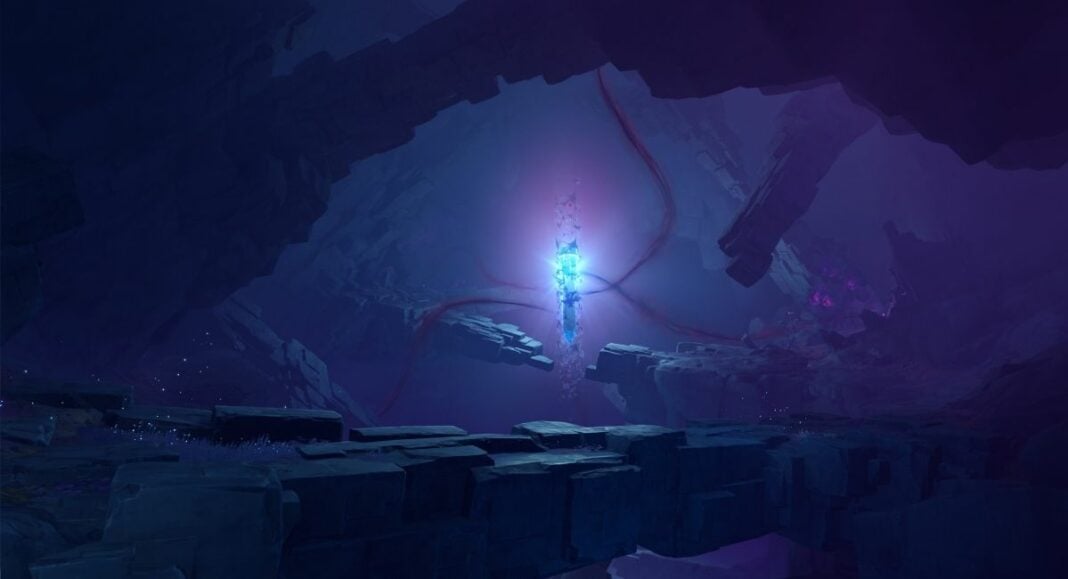 Genshin Impact 2.6 “Zephyr of the Violet Garden” update will introduce a brand new area—that seems like a sub-region—called the Chasm. And with that, we are getting new puzzles, secrets, and a few unique mechanics that give a nuanced feel to the existing gameplay.

Related | Genshin Impact Vermillion Hereafter Artifact Set Bonus, Stats, and How to Get

One of the simple—yet the most salient gameplay mechanic that Genshin Impact is introducing with the Chasm is the addition of Spoutrocks.

The Spoutrocks enhance the jumping ability of the characters—allowing them to reach high locations with ease and without wasting any stamina or time in climbing the big rock formations.

This new mechanic is a lot similar to Hidetaka Miyazaki’s Elden Ring’s Whirpools that allow Torrent to reach a higher location.

Related | How to Destroy Bedrock Key in Genshin Impact

On the same note, we even have a similar mechanic in Dying Light 2, where if you side with the Survivors, they place Jumping Pads on the roofs that allow you to reach high locations without wasting time, maintaining the flow of the gameplay.

Now we are not here to talk about whether miHoYo, aka HoYoVerse, was inspired by the aforementioned hit titles that resulted in the addition of Spoutrocks or not?

We are here to appreciate the effort that game developers put in to add nuances to the gameplay that not only save player’s time. But, also adds new flavor to the gameplay.

Related | Genshin Impact 2.6: How to Get Xingqiu for Free

What are your thoughts on the Sproutrocks mechanics? Do you think it will be helpful while exploring the Chasm? Or, do you think its nothing much as many players already have characters like Kazuha or Venti for traversal? Tell us in the comments below.