Home Guides Genshin Impact’s KFC Glider Has Resurfaced; Here is How You Can Get... Genshin Impact’s KFC Glider was a part of the Genshin Impact X KFC collaboration—a reward that players could obtain by performing the act of eating. It was supposed to be made available to the global audience, though it never did.

On November 18, 2021, the Genshin Impact KFC Glider resurfaced on the internet as miHoYo used the game’s official Twitter handle to finally talk about the KFC Glider and how global players can finally get it.

How to Get The KFC Glider in Genshin Impact

The Genshin Impact KFC Glider and a few other rewards are a part of a new “paid” web event called “Adventurer’s Guild on Twitch.”

In this event, we will have a few featured Genshin Impact Twitch Streamers. And what players have to do is they have to buy two months of Tier 1 subscription of any of the streamers to get the KFC Glider along with the other in-game rewards.

This is most probably a way of rewarding influential people to help miHoYo in maintaining the hype for Genshin Impact. As miHoYo has already been conduction surveys on many fronts to talk about Genshin Impact and if the game was able to help you make a stable income or not.

﻿That’s it for now. Make sure to check out our other coverage on the Genshin Impact version 2.3 update. 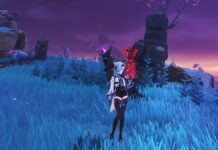 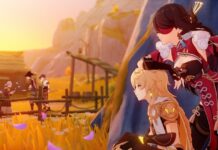