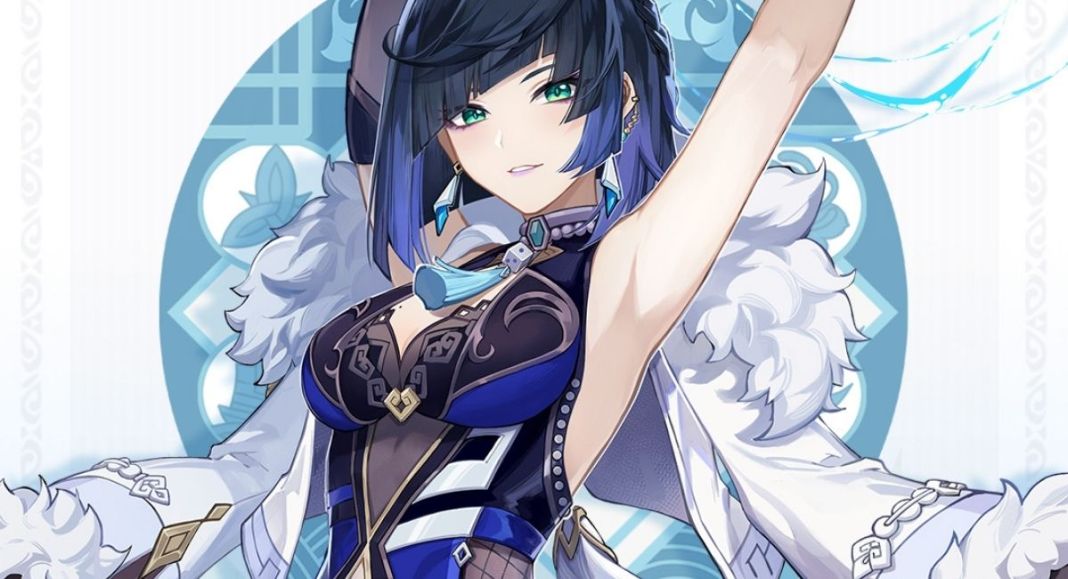 While players were getting ready for the Genshin Impact 2.6 “Zephyr of the Violet Garden” update, Genshin Impact developers’ HoYoVerse, previously known as miHoYo, went ahead and revealed two new characters, their official posters, and a few minor and some major details on them.

The two revealed characters are Yelan—a five-star bow Hydro element user, and a bow wielder. And Kuki Shinobu, a four-star Electro user, and a Sword wielder.

Both Yelan and Kuki Shinobu are confirmed to release with Genshin Impact 2.7 update, releasing 42 days after the upcoming version 2.6 update, slated to release on March 30, 2022.

“Yelan ‧ Valley Orchid A mysterious person who claims to work for the Ministry of Civil Affairs Yelan’s identity has always been a mystery. Like a phantom, she often appears in various guises at the center of events, and disappears before the storm stops.”

Related | How to Get the Lumenstone Adjuvant Gadget in Genshin Impact