Home Game Guides Genshin Impact: Who Are the Descenders? Answered 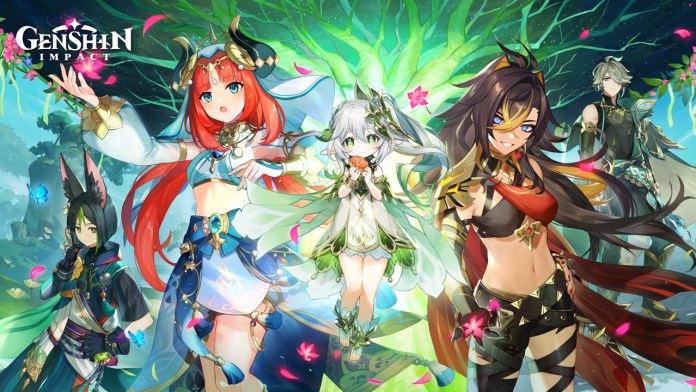 Genshin Impact is an incredibly addicting action RPG developed by HoYoverse. The game has amassed a huge fan base thanks to its ever-expanding open world and a large cast of characters. Each character in the game is unique and feels alive. Also, in the game, there is a rather fascinating plot, in which players find more questions than answers. And in this guide, we will try to answer one of them. Namely, who are the Descenders in Genshin Impact?

Who Are the Descenders?

Let’s start by explaining the term Descender. Fatui chose this name for all persons who came from outside Teyvat. Like the Traveler. Also, a hallmark of Descender is special abilities that can ignore the rules of Teyvat.

By completing Sumeru’s Archon Quest, you can learn a lot of new information from Nahida, which, as is customary in Genshin Impact, further complicates the plot. Dendro Archon will confirm that the Traveler is the fourth Descender. Moreover, she will inform you that the Fatui do not consider your Sibling as one of the Descenders. And this raises many new questions.

Is the Traveler’s Sibling a Descender?

It is a rather difficult question. The Traveler remembers clearly how, with a sibling, they traveled through many worlds. However, we learn from Irminsul that the Sibling is a native of Teyvat. Of course, this may be fake information. But who did it and why? Perhaps we will find out in subsequent Archon Quests.

Who Are the First Three Descenders?

Nahida suggests that the Traveler encountered the first Descender at the beginning of his journey. An unknown god who wants to stop the twins. And as for the rest of Descenders, players can only speculate.

Related: How To Get To Dendro Hypostasis in Genshin Impact

The most popular version is that one of the Descenders is Klee’s mother. Alice is a very mysterious character about whom very little information is known. Except for the fact that she is a powerful sorceress and loves to teach children how to boom boom bakudan.

Also, many players are suspicious of Paimon. She is, without a doubt, the best companion in all of Teyvat. And this creates a lot of questions since so far the players do not know anything about other flying emergency food.

That’s all we know about Descenders in Genshin Impact so far. We hope that in the next story quests, everything will start to fall into place. However, most likely, we will get a new batch of questions. And while you are here, take a look at our guide on how to get End of the Line Bow in Genshin Impact.

Genshin Impact: Who Are the Descenders? Answered