Genshin Impact Webtoon is nothing but the game’s official manga available on the Webtoon platform. Genshin Impact is a critically acclaimed roleplaying game popular for – its inspired, yet unique execution of roleplaying mechanics in the beautiful open world of Teyvat full will colorful vistas. There are a plethora of things that Genshin Impact does right, Story being one of them.

The world of Genshin Impact is full of lore and hidden secrets. Looking at the main story, where the Traveler twins(Aether and Lumine) are separated after battling an un-named god may feel generic, but it is not.

Being a gacha based game, Genshin Impact comes with a plentitude of playable characters. And, with the help of distinct voice actors, animation, character design, background, etc each and every character of Genshin Impact feels alive.

Teyvat is big, we have a plethora of NPCs, ancient civilizations, puzzles, mysteries, etc – apart from that we have seven different regions with their own gods(Archons), and a lot more. And, Genshin Impact tries to tell a quality story of each and every one of them.

However, that is not the full extent to which the developers miHoYo try to share Genshin Impact’s story. There are other materials like Genshin Impact digital comics that expand the current story of the game – revealing new locations, characters, backstories, and additional lore.

This leads to the question – where to read Genshin Impact digital comics for free?

Where to read Genshin Impact manga

Genshin Impact’s manga is officially available on webtoon, as well as, on the official website. There are several third-party websites that have the manga. Though, we don’t recommend it – as there you have to suffer from an abundance of ads. 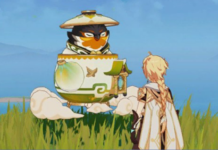 Genshin Impact Housing System: All Features that we know about 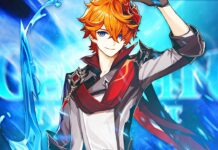 Genshin Impact 1.4: Is Childe’s Re-Run Banner Worth it? 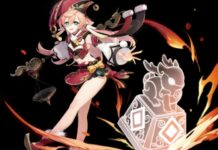