Genshin Impact All that Glitters questline comes with the Lantern Rite event, and in order to unlock that questline, players must fulfill the following pre-requisites.

As we mentioned earlier, All that Glitters questline in Genshin Impact is split between three acts “The Origin of the Lanterns,” “Currents Deep Beneath the Lanterns,” and “Light Upon the Sea.”

Genshin Impact: The Origin of the Lanterns Quest Guide

As of now, we don’t know what players have to do in the Origin of the Lanterns Quest of Genshin Impact. We will update this section of the article tomorrow when the event comes live.

[Update – Feb 10, 2021] The Origin of the Lanterns is nothing but an introductory quest for the Lantern Rite event. Once players complete the Alatus Chapter act, they will be asked to go to Liyue Harbor, and near the bridge at the main gate’s players can trigger the quest The Origin of the Lanterns. You will be asked to talk to Madame Ping and other people around there and finally, the quest will end with Jingming teaching you how to craft a Xiao Lantern.

We do know that completing this quest unlocks Lantern Rite Tales where players can accept requests from the people of Liyue and get free rewards such as Primogems, Mora, and Festive Fever(event currency) after successful completion of the request.

Travelers can accept requests from the citizenry in “Lantern Rite Tales.” Each completed request awards Primogems, Mora, and Festive Fever. This is further divided into many parts. And, to avoid confusion we will prepare a separate guide for this. 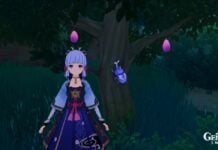 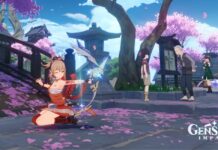 Genshin Impact: Where to Find the Electro Sigil Shop in Inazuma 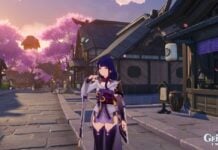