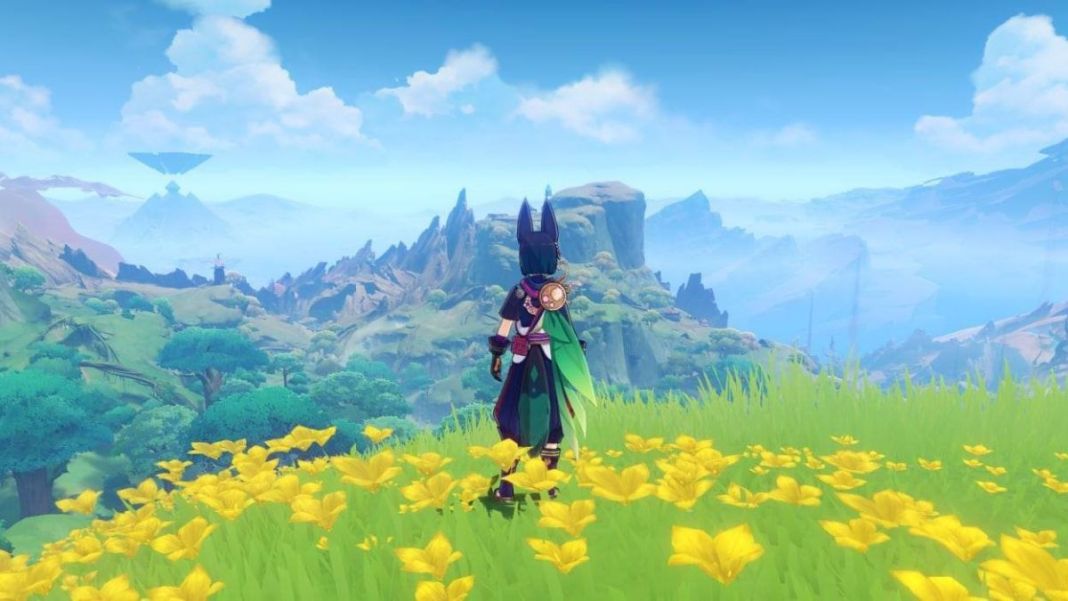 The Genshin Impact Sumeru region characters Tighnari, Collei, and Dori in-game visuals have leaked! We finally know how they look as we get to see their character design and presence in-game. The leaks also give us a glimpse at their weapons and other such things.

The Sumeru region update, slated to arrive with Genshin Impact 3.0, is currently in its closed beta testing. And because of that, we are getting some leaks related to the Sumeru region and the version 3.0 update in general.

We have details on the Dendro playable characters, the location of Sumeru on Genshin Impact’s map, Dendro Traveler abilities, a look at the Dendro Archon, Lesser God Kusanali, and much more.

In this article, we talk about the leaked visuals of the Sumeru region characters (including the ones that will release with and after the Sumeru update).

Here is how Tighnari, Collei, and Dori look in Genshin Impact:

Tighnari is a five-star Dendro user and a Bow wielder from Sumeru who will become playable with Genshin Impact 3.0 update. His character design and overall aesthetics suggest that we may be seeing more of the Feline-race in Genshin Impact with Sumeru.

Collei is leaked to be a four-star Dendro user who has a companion like Amber’s Baron Bunny, a Mechanical Cat to be exact. She throws the Mechanical Cat who deals Dendro DMG to opponents.

Dori is a healer similar to Kuki Shinobu as she also loses HP while using a Skill while healing herself and the party members based on the total HP. She Summons a Spirit Lamp when players use her elemental abilities.