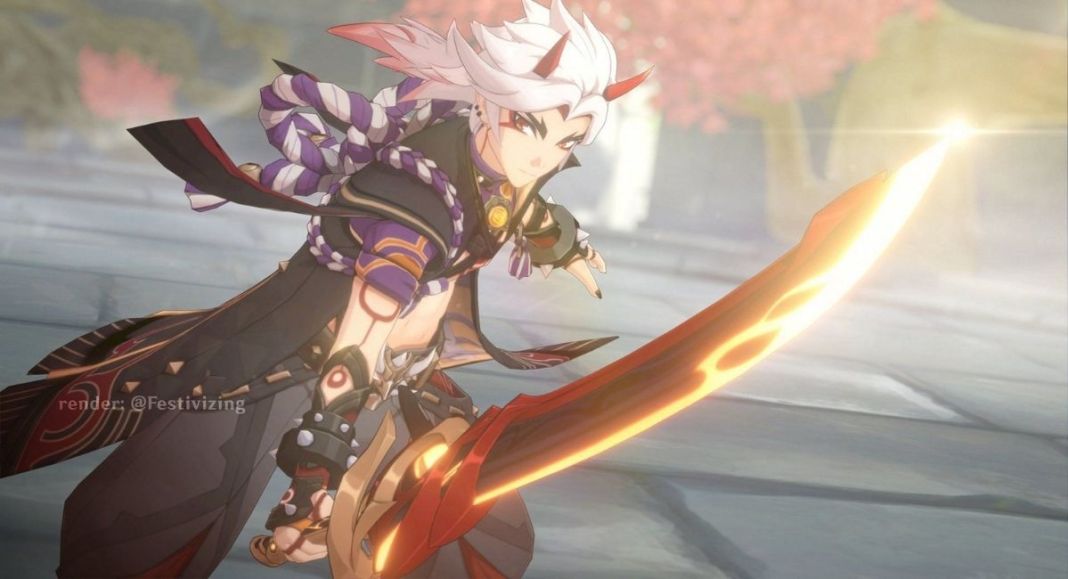 The Redhorn Stonethresher is an upcoming five-star Claymore weapon in Genshin Impact best suited for Arataki Itto. It is supposed to come out during the second half of the Genshin Impact 2.3 update, which will commence five days from today.

Arataki Itto is currently a hot topic in the Genshin Impact community. Maybe we should say “was” as he was the one who broke Social Media in terms of retweets and likes. Though since miHoYo revealed Shenhe and Yun Jin, Itto’s popularity saw a pitfall.

Here are the leaked weapon stats for the Redhorn Stonethresher claymore.

Note: Leaked weapon stats and their names are subject to change.

How to Get Redhorn Stonethresher Claymore

In Genshin Impact, players can get the Redhorn Stonethresher claymore by performing wishes on Epitome Invocation banner.