On 10th October 2020, miHoYo announced a new crucible co-op event for Genshin Impact. To take part in the event players have to fulfil criteria that include completing certain quests and adventure rank requirements.

Genshin Impact: Everything you need to know about the new co-op event

The new crucible co-op event in Genshin Impact will have travellers working together to shovel elemental clots into an “Elemental Crucible” to advance an alchemical process. And after the alchemical process is complete. Players can use their in-game resins to claim the sweet rewards that even grant you free primogems(via alchemy handbook).

For the event page to appear in Genshin Impact players must be adventure rank 20 or above and they must complete all the quests available in “Prologue: Act II – For a Tomorrow Without Tears”.

Moreover, to take part in the event players have to complete “Timaeus’s quest One Giant Step for Alchemy?”.[Update] Genshin Impact co-op event starts from October 12, 2020, and it will end on October 19, 2020. Players can check the in-game event tab for timing-related details. 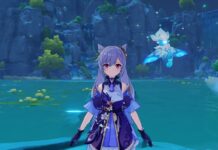