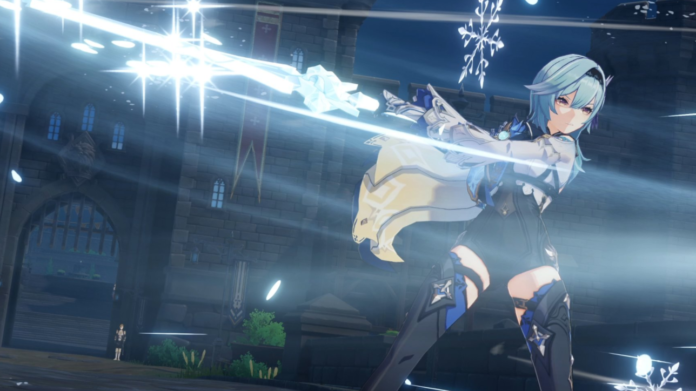 This new Genshin Impact leak also shares the character description for both Eula and Yanfei.

As per the leak, “Eula also known as The Spindrift Knight is a scion of the old aristocracy and the Captain of the Knights of Favonius Reconnaissance Company. The reason for which a descendant of the ancient nobles might join the Knights remains a great mystery in Mondstadt to this very day.”

Yanfei Splash Art leak might have just given us the very first look at her Elemental ability.

For players who didn’t follow the first leak, Eula is a Cryo Claymore user from Mondstadt. And Yanfei is a Pyro Catalyst user from Liyue. The rarity of both characters is still unknown, but if we have to speculate, we would say, Eula, is going to be a five-star character. Meanwhile, Yanfei is going to be a four-star character. We will update this particular section if any new leak or news arrives.