Genshin Impact is a game quite similar to Legend of Zelda: The Breath of the Wild when it comes to open-world game design, some of the in-game elements(stamina, gliding etc.), exploration and a few other. However, the introduction of a wide variety of playable characters with their unique elemental abilities is something unique to Genshin Impact.

The different elements and their uses in-game makes Genshin Impact one of the most fun RPG to play on mobile phones or any other platform. Why? Because of the fast-paced gameplay, the elemental reactions, the boons from elemental resonance, different elemental bursts and their wide usage and much more. The use of elemental abilities in Genshin Impact depends on how creative you can be, how much you understand the game and so on.

The Burning effect is best when players have to fight enemies with shields, electro and cryo slimes and such other enemies.

2.) Crystallize: Geo + Pyro or Frost or Lightning or Hydro

Crystallize is an elemental reaction that is required while dealing with bosses like Geo Hypostasis or Wolf of the North. Players can plan and use this reaction on every hard-hitting boss.

Best for holding a moving target at a single place for a few seconds.

Overloaded is yet another common elemental reaction that players can use on multiple mobs.

Superconduct is one of the best elemental reactions that players can use while dealing with bosses like “Oceanid”.

8.) Swirl: Anemo + Pyro or Frost or Lightning or Hydro

Swirl is an elemental reaction that has many uses. Players can use it to traverse water bodies, to deal AoE damage and much more.

Effect: Attacks deal more damage depending on the triggering element.

Also Read: Genshin Impact All Promo Codes and How to Redeem Them 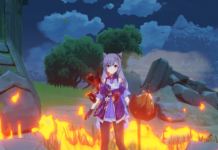 How to get Flaming Flower Stamen in Genshin Impact 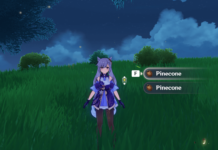 Where to find Pinecones in Genshin Impact 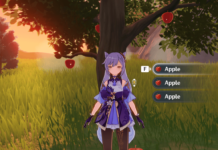 Where to find Apples in Genshin Impact