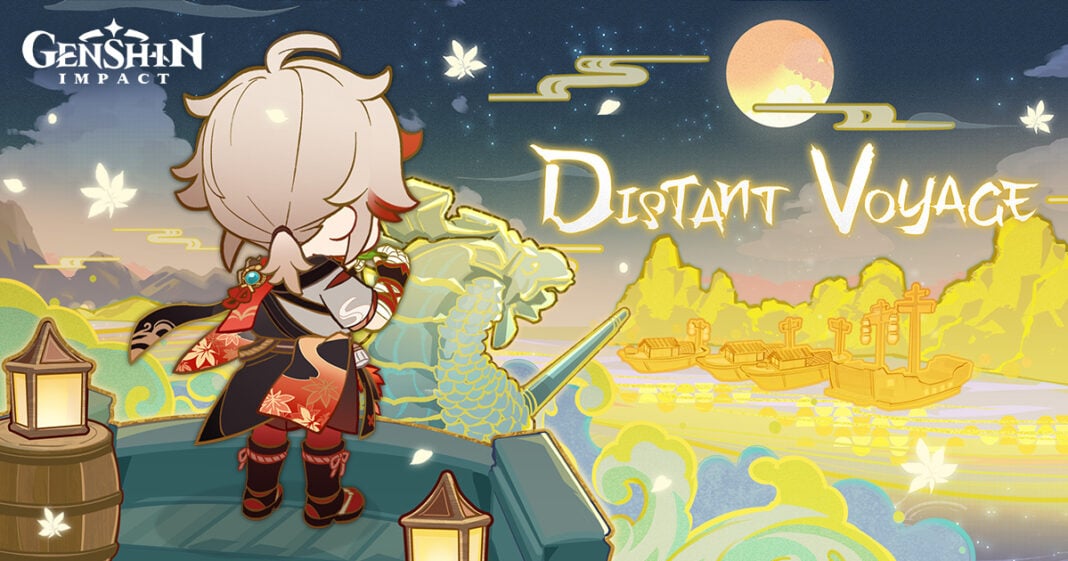 Genshin Impact’s Distant Voyage web event is currently underway. In this event, players have to help the upcoming playable character Kazuha to build a boat. The event kicked off today and it will end on July 07, 2021, at 23:59 (UTC+8). During the event, players can get a brand new Kazuha wallpaper for mobile devices as an additional reward. Meanwhile, the main reward being free Primogems whose exact amount is yet to be known.

Related | Genshin Impact is the most Tweeted Game in 2021

Here is the complete guide on Genshin Impact’s Distant Voyage web event. It also talks about how players can get the new Kazuha mobile wallpaper reward. So without any further ado, let us move forward with the guide.

To take part in the Distant Voyage web event, players have to visit the event link and log in to their miHoYo account. Once they are logged in, they have to select their server correctly and proceed with the event by clicking anywhere on the page.

In Genshin Impact’s Distant Voyage web event, players have to help Kazuha to build a boat which has a total of nine parts. These nine parts are divided into three stages. Where each stage has three parts that needs to be crafted.

Each day of the event, players will get a crafting attempt, you need a total of three attempts to clear a stage. Read the below para to learn how to get more crafting attempts.

To check and complete daily tasks, open the Distant Voyage web event page and click on the exclamation mark. This will bring a window with task list. Complete the tasks to get your addition crafting attempts.

While in the event page it is mentioned that players can get Kazuha wallpaper as a reward for sharing the event page, in actual, you don’t have to do that. We have attached the mobile wallpaper below. You can save it on your device and use it.

If you are not satisfied with the image quality, download the original one from here.