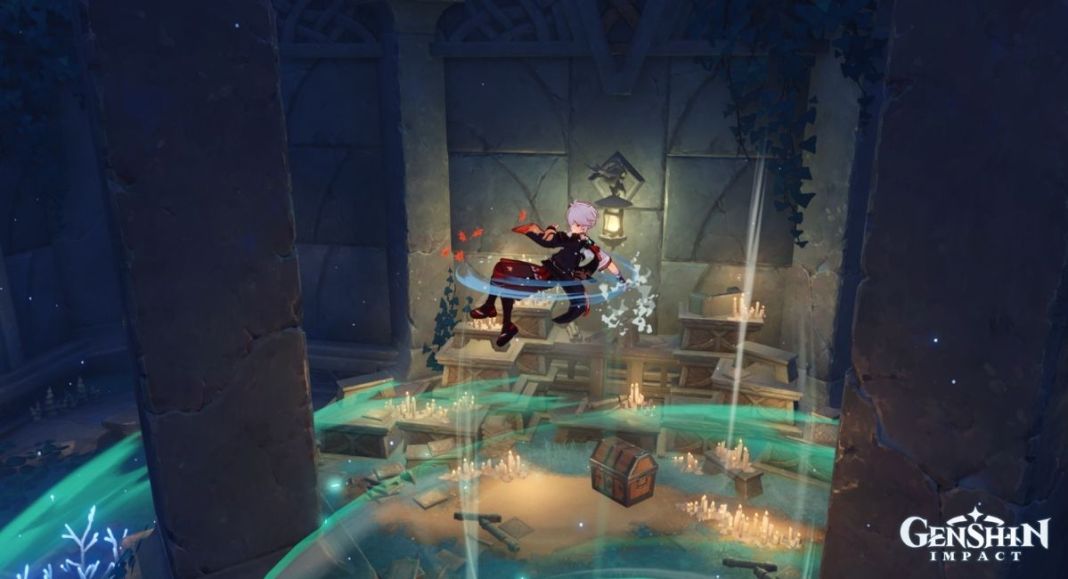 Genshin Impact 2.4 update introduced Enkanomiya, a whole new area that garners a ton of secrets, treasures, puzzles, world quests, and a plethora of other things.

Among many world quests found in Enkanomiya, we have one called “Date’s Challenge.” Finding and completing this quest is a daunting task.

In the wake of that, we have prepared a handy Genshin Impact guide that walks you through each and every step of Date’s Challenge world quest.

How to Get Date’s Challenge World Quest

You can get Date’s Challenge world quest by solving the labyrinth puzzle found north-east of Evernight Temple and talking to Date’s shadow.

We already have an in-depth guide on how to get Date’s Challenge world quest. Check it out if you haven’t got the quest yet.

Assuming you went through the above-linked guide, you would have talked to the Shade of Tokoyo, the NPC who you later come to know as Date. Talking to him would have triggered the world quest “Date’s Challenge.”

In this quest, you have to head towards The Serpent’s Heart and find the second medallion to complete Date’s Challenge to receive his treasure.

Now, starting with Date’s Challenge world quest, teleport to The Serpent’s Heart and head towards the marked location. Upon reaching there, use Date’s Key to open the floor grate to enter the Heterodoxa Labyrinth.

Once you are inside the labyrinth, navigate ahead to find a Day-Night mechanism. Right in front of it, you find a lever, activate it to open the gate. Now hit the eastern Triangular Mechanism twice to move the walls.

Now, use the same lever to close the gate and fix the wall. Once that is done, move to the other end of the room. And you will find another lever on the wall.

Activate it to open the gate. Once that is done, head towards the western Triangular Mechanism and hit it twice. Now go back and activate the same lever to fix the wall.

At last, hit the eastern Triangular Mechanism once to move the middle wall in the middle of the closed gates.

Now switch to Evernight to unlock the Luxurious Chest. Once that is done, open the chest to obtain the Date’s second medallion.

Now head back to Date and talk to him. Post that, head towards the secret room to obtain Date’s treasure, the “Hydrological Studies in Byakuyakoku.”