Collei is a four-star Dendro user in Genshin Impact whose weapon of choice is a Bow. You can get her during the version 3.0 update when she gets featured on Tighnari and other re-run banners. In this Genshin Impact Collei abilities guide, we will talk about her Elemental Skill, Elemental Burst, and her Attack Talents.

So, without any further ado, let us check out Genshin Impact Collei abilities.

Similar to any other playable character in Genshin Impact, Collei has three abilities, her Attack Talents—which are nothing but her Normal Attacks, her Elemental Skill, and her main super ability, her Elemental Burst.

Below, you will find details on all of Collei’s abilities.

Collei’s Normal Attack talent is called Supplicant’s Bowmanship and like always, it has three forms, normal, charged, and plunging attack.

Collei’s Elemental Skill is called Floral Brush and what it does is; Collei throws out a Floral Ring that deals 1 instance of Dendro DMG to opponents along the path. The Floral Ring will return after a set time, dealing Dendro DMG once again.

The Floral Ring is “Collei’s go-to gadget for dealing with unruly wild beasts. A few good thwacks from this tool will generally improve their behavior. This same principle works just as well on evildoers.” 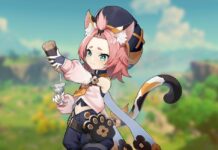 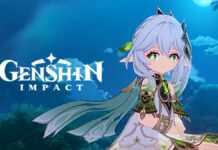 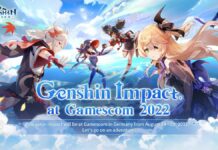 Genshin Impact Will Be At Gamescom 2022: Everything You Need to Know