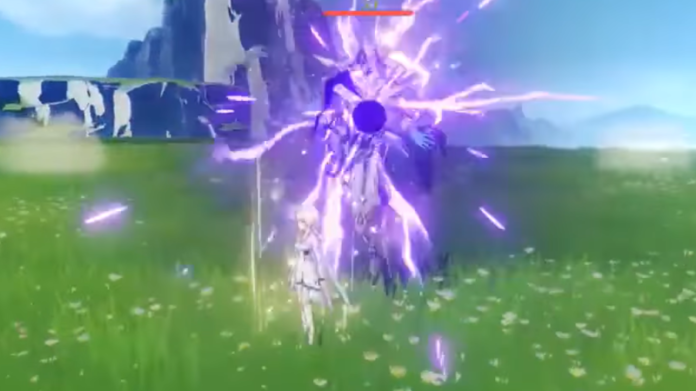 Genshin Impact 1.5 update beta version began with the inclusion of a plethora of new content, including playable characters Eula and Yan Fei, a housing system, new bosses, events and much more. Among many other leaked information, we learned that a new boss similar to Abyss Herald but with Lightning abilities is added in version 1.5 beta. The same boss is called Abyss Lector: Violet Lightning. In this article, we will talk about this new Genshin Impact boss, his attacks, abilities and other details.

To begin with, the character description for Abyss Lector reads, “A creature from the Abyss Order that calls upon thunder and lightning in praise of the darkness. It possesses some ability to disrupt elemental powers, and some of its attacks will drain characters’ Elemental Energy when dealing DMG to them.”

Disclaimer: The data and information presented in this article are from Genshin Impact 1.5 beta and they are subject to change.

Apart from that, Abyss Lector uses the following attacks

A lightning strike which goes in a straight line if hit, you get staggered and pushed backwards.

Lightning Orbs – the Abyss Lector creates three big Lightning Orbs which he used to attack players. It engulfs the character into a lighting orb that deals electro damage.

Lightning Wave – Abyss Lector gathered electro energy in the centre part of his body, then he releases a lightning wave that deals AoE Electro damage.

Here is a video that showcases Abyss Lector’s Attacks.