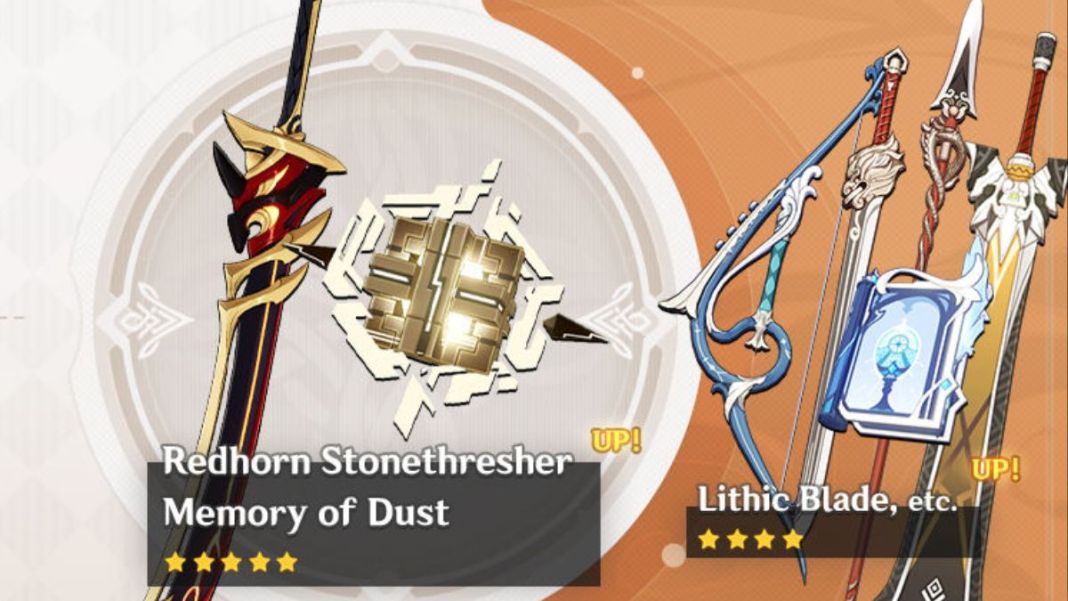 Genshin Impact 2.7 “Hidden Dreams in the Depths” update will soon commence its second phase on June 21st, 2022. And with that, we finally have official details on the Genshin Impact 2.7 update second half weapons banner. We now know about all four-star and five-star weapons listed on the banner.

Seeing that, we prepared a handy guide that shares the date and time when the Genshin Impact 2.7 update second half weapons banner will go live alongside the details on all four-star and five-star weapons listed on the banner.

All Four-Star and Five-Star Weapons in Genshin Impact 2.7 Second Half Weapons Banner

Moreover, you can increase your chances of getting the desired five-star weapon using the Epitomized Path game mechanic where you chart a course towards a particular five-star weapon.

Apart from that, the Epitome Invocation banner will also feature the following four-star weapons: