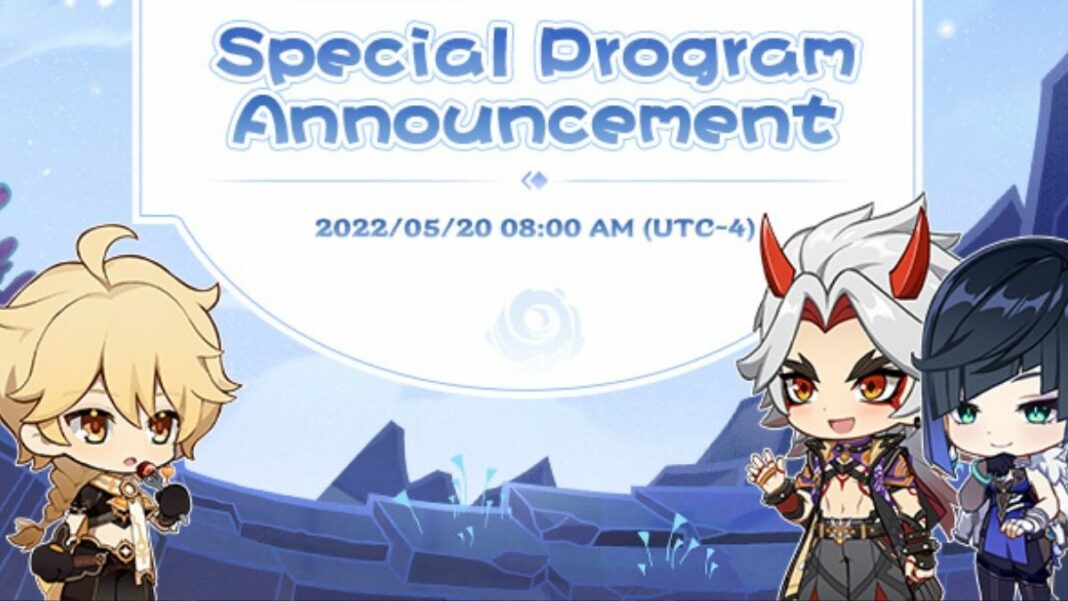 Genshin Impact 2.7 update will add a new five-star playable character, Yelan, a four-star character, Kuki Shinobu, a re-run for Arataki Itto and Xiao, new and re-run events, quests, and a myriad of other content.

Seeing that, we have prepared a handy guide that shares details on Genshin Impact 2.7 Livestream schedules, banners, and more.

The above Livestream schedule was officially revealed over Genshin Impact’s official Twitter handle and other social channels.

Where to Watch Genshin Impact 2.7 Livestream

As always, Genshin Impact players can watch version 2.7 Livestream on Twitch, YouTube, or the game’s official BiliBili page. However, keep in mind, that the Livestream will premier on Twitch, and after a few hours, it will be made available on other platforms.

Yelan is a five-star Hydro user and a Bow wielder. She is one of the most awaited characters from Liyue that many players are waiting to wish for.