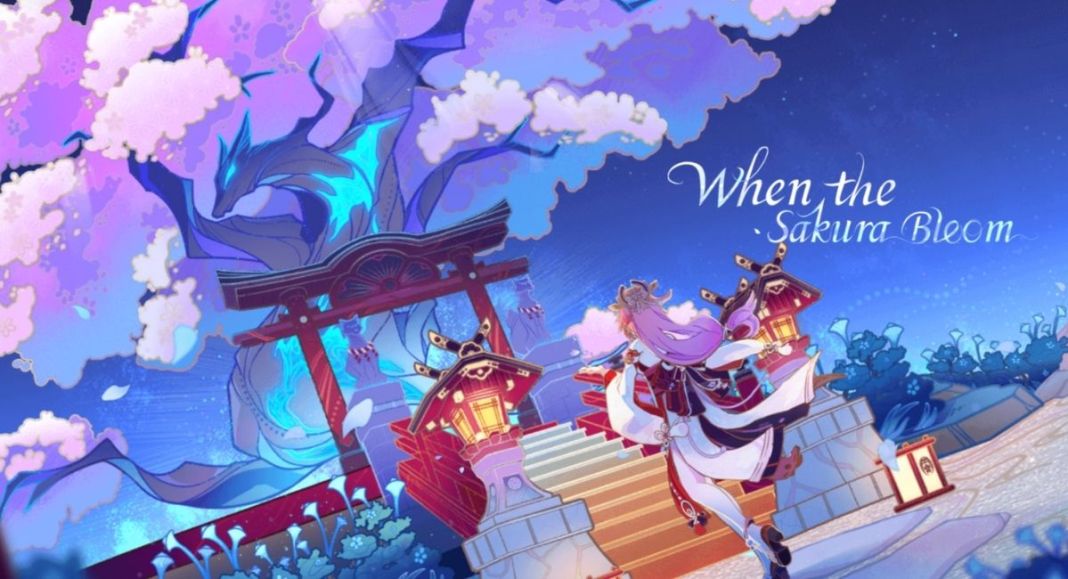 The hype for the version 2.5 update and the Raiden Shogun, ‘Magatsu Mitake Narukami no Mikoto’ boss fight is real. In the wake of that, we have many Genshin Impact enthusiasts who want to know when they can pre-download and install the update.

As you know, no one wants to halt their access to Genshin Impact 2.5 update due to the slow download speed or any other similar reason.

To help players out, we have prepared a handy Genshin Impact guide that shares details on version 2.5 update pre-download and pre-installation schedule and steps involved.

Genshin Impact 2.5 “When the Sakura Bloom” update pre-download and pre-installation feature will go live on PC and Mobile platforms on February 14th, 2022, at 11:00 (UTC+8). That is two days before the update launches globally.

Post the official schedule, when PC players launch the Genshin Impact launcher, they will get an update for the launcher they have to install. Once that is done, players can see the pre-download button appear in the bottom part of the launcher.

As for mobile platform users—the version 2.5 pre-download button is available on the login screen and the Settings menu.

The version 2.5 update pre-installation takes partially right after you have pre-downloaded the update.

When Genshin Impact 2.5 “When the Sakura Bloom” update maintenance on February 16th, 2022, is completed, the final installation process starts—past that, you can play the new update.

Genshin Impact 2.5 Update Pre-Download and Pre-Installation Official Schedule, How to Pre-Install and More