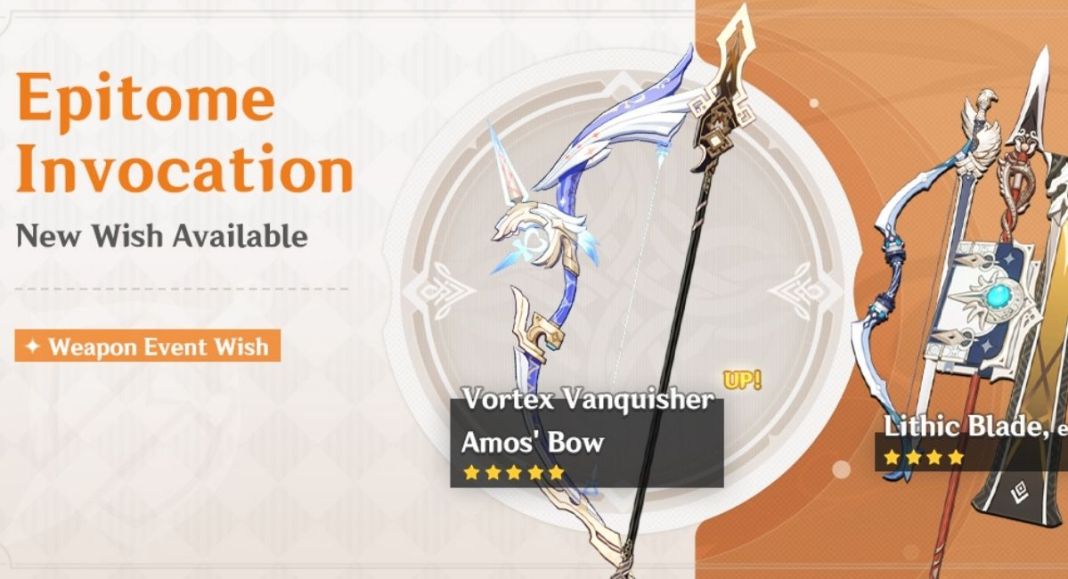 With every update, we see the Genshin Impact weapon banner—that we commonly know as the Epitome Invocation banner—get updated two times, each update, with new four-star and five-star weapons with an increased drop rate.

Genshin Impact 2.4 “Fleeting Colors in Flight” update is no exception to that. The update will feature two phases, wherein each phase, we will get an updated Epitome Invocation banner.

In this Genshin Impact weapon banner guide, we will share details on the version 2.4 phase two Epitome Invocation banner, its release date, and the featured weapons on the banner.

Genshin Impact 2.4 phase one Epitome Invocation banner—which will release on January 26, 2022—will feature the five-star polearm Vortex Vanquisher and the five-star bow, Amos Bow—both are re-runs, and the following four-star weapons:

Here are some additional details on the featured five-star weapons: