Here are all the major announcements from Genshin Impact 1.4 livestream.

Venti and Childe Rerun with Rosaria as featured four-star

Venti is finally getting a rerun, with Rosaria as a featured four-star character. Genshin Impact players did expect the Venti and Rosaria banner, but it was a surprise to see Childe’s banner getting a rerun.

The leak suggesting a new quest linking the Abyss, Dainsleif, and the Traveler’s missing sibling is finally confirmed. We are getting a sequel to Dain’s quest where the new enemy Abyss Herald will get introduced. Also, this is the same quest where the Traveler will get to meet his sibling.

Four Star Characters are finally getting a quest feature

Genshin Impact four-star characters are finally getting a quest feature where choices matter. Players can dialogue with the characters and as per their choices they will progress the quest and get an ending – a true RPG indeed. These new quests will also offer various rewards.

New Oceanid Event with a mini Oceanid companion as a reward

The developers miHoYo have finally figured out how to remove the fear of Oceanid from Genshin Impact players. The new Oceanid event will reward players with a mini Oceanid companion – and if that’s not cute, I don’t know what is.

We recommend players to redeem these codes as early as possible as they will expire tomorrow on March 7, 2021.

We will talk about each and every event and quests in a more detailed manner in a separate article. 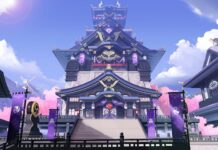 Genshin Impact: When will Inazuma Update come out 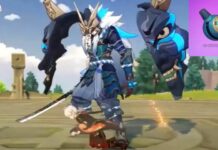 How to get Maguu Kishin in Genshin Impact 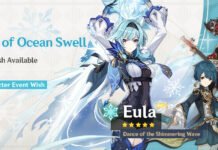 Genshin Impact: Should I roll for Eula?