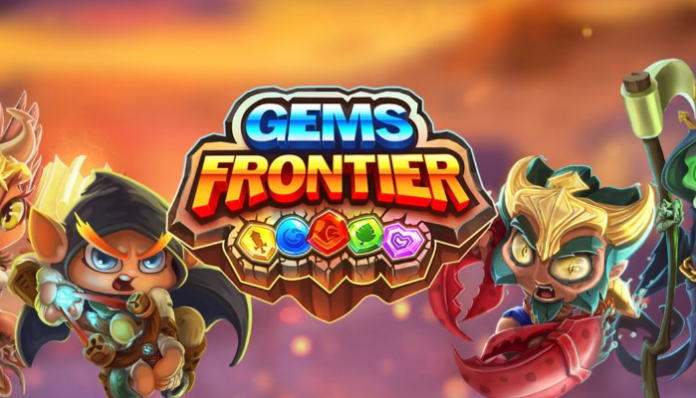 Crush opponents from all around the world in Gems Frontier, a match-3 puzzle game with RPG elements. Build a party full of mystical heroes packing powerful skills. Match elements to generate mana and unleash fury upon your opponents! Gems Frontier is all about bringing the right heroes into the fray and matching the correct elements. Our Gems Frontier cheats and tips will show you how to master these two important skills.

Are you ready warrior? It’s time to enter the arena! Let’s get started with our Gems Frontier cheats, tips and tricks strategy guide!

You’ll earn a battle chest every time you’re victorious in battle. As per the norm, opening a chest takes a couple of hours so you’ll need to start them up and wait the allotted time. You start the game off with three chest slots and you unlock an additional slot once you reach Arena levels 3, 4, 5, and 6.

Considering that some of these chests can take up to eight (!) hours to open, you’re probably going to fill up your slots very quickly. You can either pay a huge amount of gems to open the slots earlier or just wait. We recommend just waiting for your slots to clear up, as chests are the main way of gaining new heroes.

Of course, if you’re okay with letting chests go to waste, then you can continue battling. Just keep in mind that you’ll be putting yourself at a disadvantage because you’re letting potential heroes go down the drain!

Try out all your heroes!

Each hero have three main stats: their attack power, health, and how many gems they need to activate their skill. Heroes have different skills, and it’s up to you to read up on what they do and figure out a good team composition for yourself.

Just keep in mind that there’s no one “right” combination of heroes. Some heroes excel in one aspect than other heroes while having different weaknesses, and it’s all about building the right composition for your own playstyle.

Take out the non-leader heroes first!

You can attempt to target your opponent’s leader hero exclusively, but you’ll probably be worn down from their attacks after a while. It’s important to remember that when a non-leader hero goes down, their attacks are cut in half and any attacks directed at them will instead be applied to the leader.

That means it’s usually a much better idea to take out your opponent’s non-leader heroes first. When all three are down their leader will begin to take damage from four different sources, which almost guarantees victory if you’re ahead at that point.

Your quest log will fill up with a new daily quest every day. You can have a maximum of three quests at time, so make sure you don’t let any quests go to waste by completing them as soon as you can. They’re worth a good amount of coins and experience points.

You can buy individual hero cards for coins from the Hero Shop. The heroes on display cycle out every day, so be sure to check in to see what’s new. The Hero Shop is useful for leveling up those heroes that you only need a couple more cards for.

That’s all for Gems Frontier. If you have any other tips or tricks to share, let us know in the comments below!