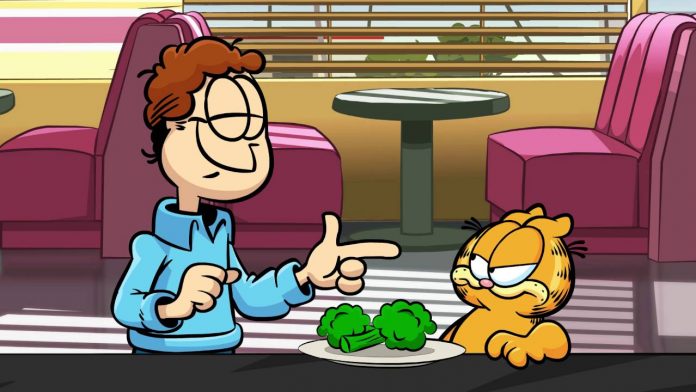 When Garfield is put on a strict diet and cravings hit, it’s up to you to help him get the food he wants! Garfield: My Big Fat Diet is a silly and addicting game about sneaking around to get some munchies! The various patrons at the restaurant are more than willing to spare a few morsels, but be careful: Jon is watching! This fast-paced foodie adventure is challenging and fun, so we’re here with a couple tips to get you started.

Let’s waste no more time – Garfield is hungry, so let’s get him some food with our Garfield: My Big Fat Diet tips and tricks strategy guide!

1. Save your coins for powerup upgrades!

You can buy the Lunch Box, Tom Tokens, and hearts with your coins, but in general it’s not worth it. The lunch boxes contain coins and tom tokens, and although you can win a jackpot of up to 250,000 coins, it’s better to just save your coins for powerup upgrades. Tom Tokens are kind of redundant as the Odie powerup accomplishes the same thing, but Odie isn’t a consumable that must be replenished with coins. Hearts can be replenished by just waiting!

When you make a patron angry, Jon will immediately be alerted and look towards the patron in question. On certain levels, if you get multiple patrons far apart that get angry easily – like the middle aged men – you make one get angry, then as Jon starts to look towards them, quickly move to a different patron that’s not in Jon’s line of sight and make them angry. If you do this fast enough, Jon’s current cone of vision will “reset”, and then he’ll look towards the newest patron. By doing this trick, you can quickly move back and forth between patrons getting food without worrying about getting caught!

3. The patrons have different properties!

That’s all for Garfield: My Big Fat Diet! If you have any other gorging tips or tricks to share, let us know in the comments below!